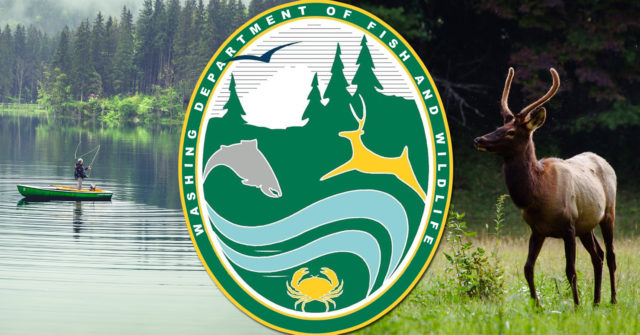 WDFW – Scientists with the Washington Department of Fish and Wildlife (WDFW) will fly a drone over the 1,500-acre Chinook River Estuary in Pacific County to gather data about habitat conditions.

Drone flights will take place exclusively on public land for up to five days between August 2021 and May 2022, depending on weather and visibility.

Since 2009, the Department’s Lower Columbia Estuary Team has worked to improve tidal connectivity in the Chinook River Estuary by replacing old infrastructure with retractable tide gates.

The team continues to coordinate with neighboring landowners to keep the tide gates open for as long as possible to allow salmon and other native fish access to rearing habitat while avoiding flood damage to nearby properties.

Flights to survey for invasive species will occur during late summer, while flights collecting data on flooding will need to take place during the winter months.

WDFW will not fly the drone during pheasant releases and the pheasant hunting season that takes place from late September through November.

The Chinook Wildlife Area Unit is part of the Johns River Wildlife Area and features freshwater wetland and riparian habitat, offering visitors opportunities to view a variety of wildlife, including diverse bird species.

Formed where freshwater and saltwater mix, estuaries are valuable ecosystems for people and wildlife.

Estuaries serve as nursery habitats for a variety of marine life, filter nutrients from run-off, support diverse wildlife species, and can shield coastal areas from storm surge, flooding, and erosion.