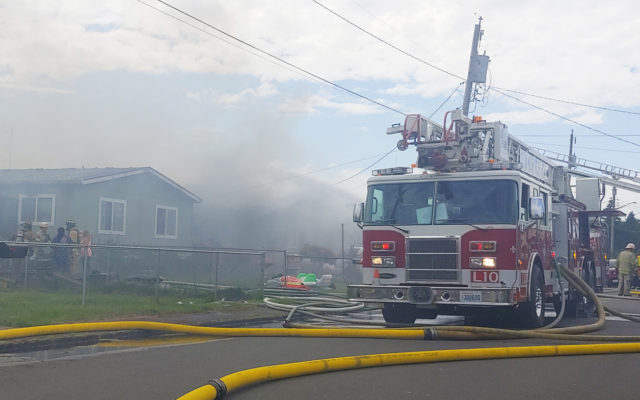 Aberdeen, WA – Two houses are considered a total loss after a fire in Aberdeen. 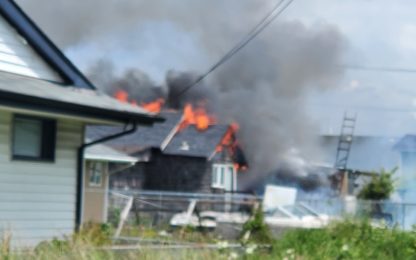 The Aberdeen Fire Department tells KXRO that on Friday afternoon, one of their firefighters was driving the department ladder truck to get fuel on the Port Industrial Rd. when he noticed some black smoke in the area of the 1500 block of W. Market St.

He then discovered a large debris and trailer fire between two residences that was rapidly spreading to the homes and vehicles.

They say the firefighter radioed it in and then evacuated the two occupied residences.

By the time the rest of the Department arrived on scene minutes later, the fire had already spread into the attics of both homes and involved a trailer and two vehicles.

A second alarm was requested as well as an additional engine from Cosmopolis Fire Department and Grays Harbor Fire District #2.

The Hoquiam Fire Department was already responding with an engine from the initial dispatch.

A third alarm was called to get additional personnel and interior fire attacks were conducted into both of the burning structures.

According to the Aberdeen Fire Department, damage totals are still being estimated, however both homes are considered total losses as are several vehicles.

The cause is currently under investigation however the point of origin has been determined outside, and in between the two residences.

There were no reported civilian or firefighter injuries.