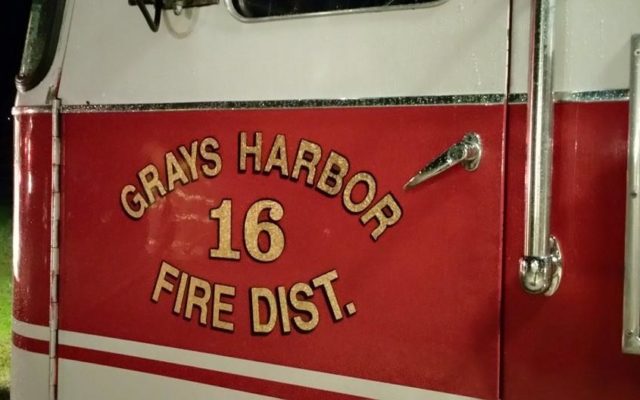 In a notice to voters of Grays Harbor Fire District #16, the district states that “After many years of struggling to recruit and retain volunteers to staff” services, the board of commissioners have decided to merge with the neighboring district.

The notice also states that “Personnel shortages and the increasing number of unfunded state and federal mandates” have caused a number of rural fire districts to merge.

The commissioners say that the two districts have trained, responded, and worked together to benefit the residents of both districts.

They say in their release that by merging the districts there will be no interruption in emergency services and combining equipment will offset costs and combine access to grants already in place.

What will this merger cost residents?

The commissioners state that without the merger, residents in the Copalis Crossing area would see fire insurance rates increase drastically due to not being able to meet minimum staffing requirements as defined by the Washington State Rating Bureau.

“You, the residents of Fire District No. 16, are why we volunteer. Your health and your safety are why we are here, and it is our duty to provide you with the very best care possible when you need it most.”

A Merger requires approval from 60% approval of voters within Fire District #16, and the commissioners say that their first choice for being able to answer questions would have been to hold a public meeting and taking a petition door-to-door, although COVID-19 response has prohibited those options.

Residents are asked to fill out a petition sent to each voter and return it before April 30th for approval. They say that the hope is to complete the merger process by petition prior to August 1st to avoid having it on the November ballot.

If the measure went to the ballot, the fire district would incur ballot costs.

Questions, concerns, and comments regarding the merger can be messaged to the Fire District #16 Facebook Page or by contacting Fire Commissioner Larry Butler by email, [email protected], or by phone at 360-589-1184 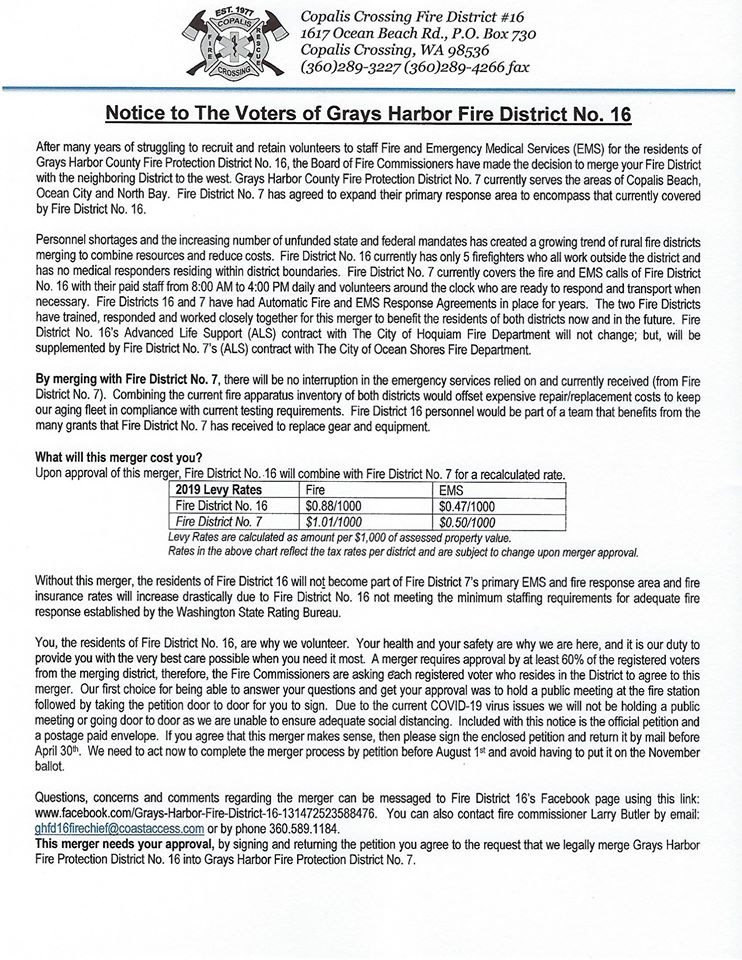