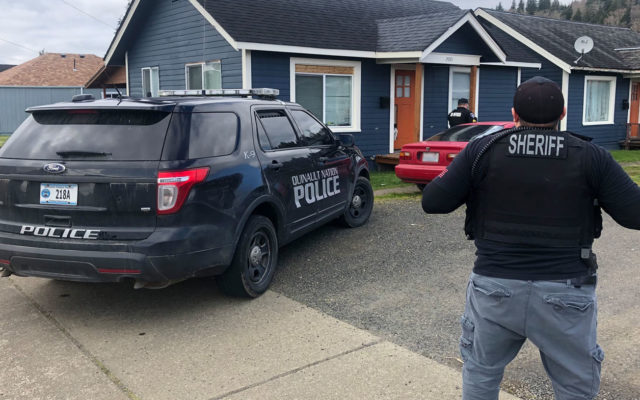 The Hoquiam Police Department says that yesterday afternoon, the Drug Task Force served the search warrant in the 2900 block of Aberdeen Avenue which was predicated in part by complaints from neighbors.

The warrant was served with the assistance of Hoquiam officers as well as detectives from the Lewis County Drug unit and agents from the DEA.

According to police, a narcotics detection dog was provided by the Quinault Indian Nation Police in order to assist with the search of the premises and a vehicle that was seized related to the investigation.

The suspects were transported to the Hoquiam City Jail where they were held until they could be interviewed by detectives.

Hoquiam Police say the investigation is ongoing, but this is a good example of how neighborhood complaints and concerns about drug dealing are taken seriously by the police and the Drug Task Force.