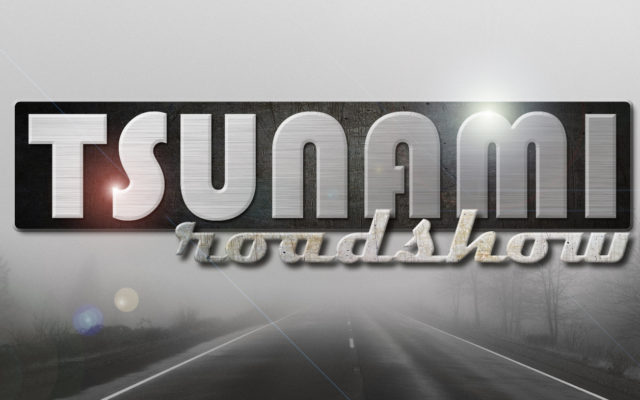 Tsunami and earthquake experts will be on the coast for the week of April 9 through April 12 for presentations and discussions on tsunami vertical evacuation structures, potential earthquake early warning systems, and survival strategies.

Officials from the Washington Emergency Management Division will be joined by the Washington Geological Survey, the National Weather Service, Washington Sea Grant, and local emergency management officials in the 90-minute presentation, which will include time for questions.

Local public presentations will be:

Additional stops will be in Neah Bay, Port Angeles and on the Long Beach Peninsula.

This is the third year for what’s been nicknamed the “tsunami roadshow.”

“The goal this year is to make sure as many people know and understand what tsunami alerts are, how to receive them, and what to do to survive a tsunami,” said Geologic Hazards Program Supervisor Maximilian Dixon with Washington Emergency Management Division.

Washington currently has 72 All Hazard Alert Broadcast sirens along the coast with federal funding to add one at the Quinault Indian Nation and three in Skagit County later this year.

But Dixon says the state needs at least 40 more to fill key gaps along the coast. The governor’s proposed budget this year would provide state funding for another 15 sirens.

Dixon has also been working with communities to apply for federal grant funds to build more tsunami vertical evacuation structures.

Grant applications have been received for potential structures in Ocean Shores, Westport, and Aberdeen.

There’s only one vertical evacuation structure at Ocosta Elementary near Westport with a second one undergoing construction, courtesy of the Shoalwater Bay Tribe.

Meantime, all of the tsunami sirens recently underwent an upgrade and now feature voice messages in both English and Spanish with future upgrades planned to increase reliability.

On March 20, the state teamed with federal officials to conduct a workshop with emergency managers around Puget Sound and the outer coast to look at tsunami response strategies.

Wireless Emergency Alert Systems have also been implemented for the coastal areas to potentially send out messages to residents and visitors to head to high ground if a tsunami is coming.

“We’ve made improvements that will help us communicate to people all over the coast, but, remember, if you feel an earthquake, and you’re on the coast, drop, cover & hold on,” Dixon said. “Then as soon as it is safe to move, head immediately to high ground or inland. Don’t wait for that text message. Don’t wait for the sirens to go off.”

More information is at mil.wa.gov/tsunami