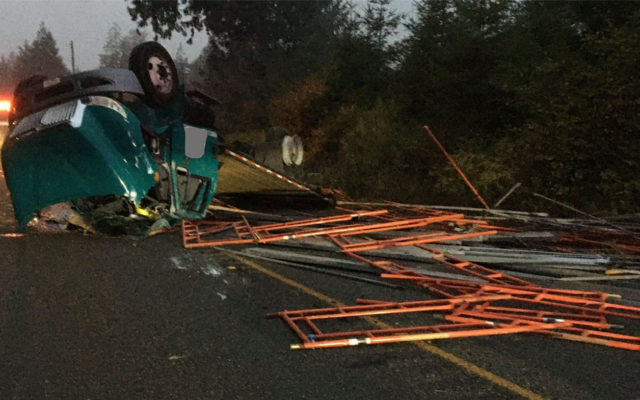 They say the truck went onto the embankment and started to roll about four miles east of McCleary.

The vehicle came to rest across all lanes, spilling its load of scaffolding.

The State Patrol says the driver sustained non-life threatening injuries and was transported to Summit Pacific Medical Center as a precaution.

The man was charged for wheels off the roadway and driving with a suspended license.

The road was at least partially blocked for four hours.

A flatbed hauling a load of scaffolding rolled over on SR 108 at the #Mason/#GraysHarbor county line approx 4 miles east of #McCleary this morning. The driver sustained non-life threatening injuries.

The roadway is fully blocked at this time. Please use alternate routes. pic.twitter.com/MGBTvvZKPv