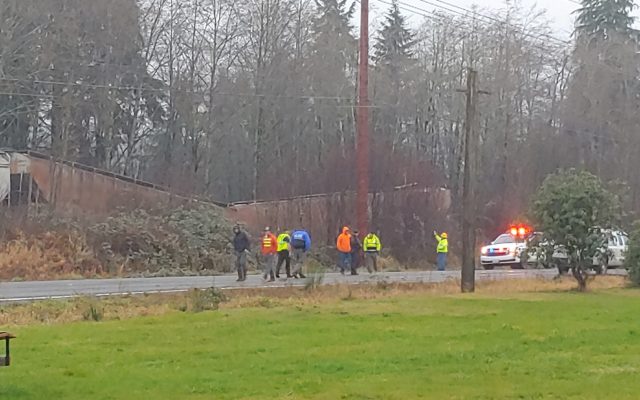 Just off of the Monte Elma Road, a train carrying grain cars had multiple, approximately 5 according to reports, go off the tracks. These cars were in the middle of the entire string of cars. The train runs from John W. Vessy Memorial Ball Park to where Beacon Ave connects with the Monte Elma Rd.

At this time the official cause is not known why these cars slipped off the tracks. Local officials and railroad personnel are on scene.

Traffic on the Monte Elma Rd. is being diverted between Poplar and Beacon, and this may be for an extended period as the scene is cleared.

KXRO is told that these cars are carrying grain, and that there is no concern of toxic chemicals being shipped having been derailed.

Work is being done to separate the rest of the train from the derailed cars.

This is a developing story. More information as it is available.