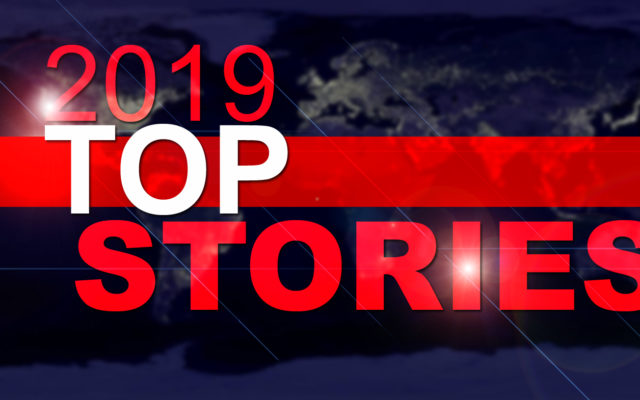 With over 1000 stories posted at KXRO.com and nearly 1,500 posts to the KXRO Facebook Page, our local content reached a lot of people.

Grays Harbor saw growth in a number of areas over the year along with many losses. Between police and fire activities and local economic stories, these highlighted the year in news.

We looked through our online analytics and insights from all our media outlets, reviewed the stories that saw the largest local reach,, and put together a list of the stories that dominated our content.

The growing visibility of those suffering homelessness in the Aberdeen area was an ongoing news feature this year. Following the purchase of the River City camp in 2018, the City of Aberdeen moved to transition residents off the land.

While working around regulations enacted with the Martin v. Boise lawsuit, the city saw legal challenges, a temporary encampment behind city hall, continued regulation, and an ongoing effort to address the needs of those less fortunate while balancing concerns of the rest of the population.

2019 saw two separate Aberdeen Police Officer involved shootings in just over a month. In September, an officer-involved-shooting on State Street brought the death of a local man who was reported to be carrying a gun and threatening police.

In October, a suspect running from police saw a second shooting, ending in injury to the man. No charges were brought to either officer involved, with both shootings within regulations.

These shootings were less than 6 months after an officer-involved-shooting following a standoff in Montesano.

While the alleged incident and Facebook post from a Westport woman saying she had been assaulted brought a police investigation and public outcry occurred in late December 2018, the fallout of this report spread into the start of 2019.

Following their 2019 investigation, the Westport Police Department announced that the original reports were unfounded and the case was closed saying that inconsistencies were present in the report

In late January, a woman was seen in Aberdeen with bloody hands and clothing.

A short time later, the 53-year-old owner of the Guesthouse Inn was found deceased from what APD calls “visible homicidal violence”.

In February, additional details were released regarding a Hoquiam Middle School teacher who had reported a death threat to himself and had reported it to authorities.

Following an investigation, that teacher was arrested by Hoquiam Police after it was learned the teacher had initiated the threat himself.

Former Grays Harbor Fire District #5 Chief Dan Prater was placed on administrative leave in April of this year after it discrepancies were discovered in district finances.

In 1995, Bassett, along with Nicholaus McDonald, was convicted as a 16 year old in the murder of his parents Michael and Wendy Bassett and his 5 year old brother Austin. Following a 2012 United States Supreme Court ruling, life sentences for underage suspects had to be reconsidered

In June, Bassett had his sentence reduced from life in prison without the possibility of parole to a sentence of 60 years, allowing for his release when he is in his 70s.

While there were numerous losses to local residents this year, a few highlighted the news.

The February surfing accidental death of Ocean Shores City Councilmember Jeff Daniel was a blow to the coastal community, as Daniel was seen by many as a pillar of the community.

While retiring from the commission prior, the recent death of Chuck Caldwell also rang hard with residents as Caldwell served at a time that saw immense growth in the Port.

4 years ago it appeared that youth was a major reason that Mayors Erik Larson and Jasmine Dickhoff were placed in the top position of Aberdeen and Hoquiam respectively.

This year, both Mayors were voted out of office and Mayors Pete Schave and Ben Winkelman will lead their cities in 2020.

Grays Harbor Community Hospital and Harbor Medical Group patients were notified in August of a ransomware attack on the public hospital district.

The people behind the software attempted to get paid in order to regain access.