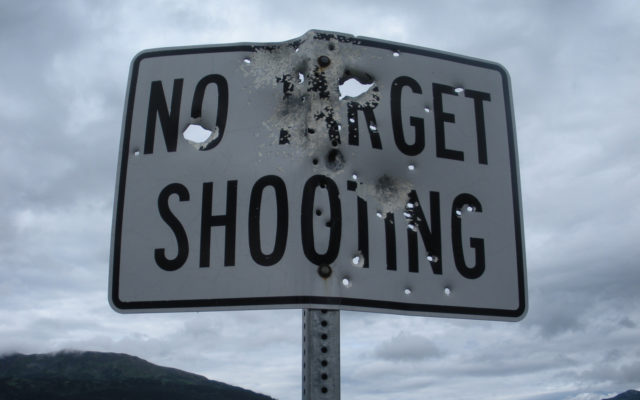 A temporary statewide ban of shooting, other than for lawful hunting purposes, began this week on all DNR-managed lands.

The Department of Natural Resources insured a notice stating that to help prevent wildfires, there is currently a ban on the discharge of firearms for target-shooting or other purposes by anyone not engaged in lawful hunting.

This ban will apply to 3 million acres of DNR-managed lands, including state forests, community forests, and forested state lands.

The temporary ban went into effect at midnight on Saturday, Aug. 15, 2020.

“We are entering a period of hot, dry weather across our state, including the highest temperatures we’ve seen all year,” said Commissioner of Public Lands Hilary Franz. “As conditions get hotter and drier, wildfire risk increases significantly, and we must take reasonable steps to prevent human-caused fires. I know this is an inconvenience for recreational target shooters, but we must do all that we can to ensure that our firefighters do not have to put their lives on the line to fight a preventable fire. When conditions improve, it will be lifted. But for now, we must put the safety of our communities and firefighters first.”

Discharging firearms poses a greater risk in dry conditions as bullets pass through decayed wood, cause sparks off rocks, or break into fragments in dry grass. This year, DNR has already responded to a greater number of fires than the ten-year annual average.

This temporary rule does not restrict lawful hunting.

A burn ban is currently in effect on DNR lands statewide, and fire danger on most of the east side is rated as “high” or “extremely high.” Residents should check burn bans in their areas.

Commissioner Franz is encouraging private landowners to consider target shooting restrictions on their own lands.

The ban on discharging firearms other than for lawful hunting is in effect until further notice.

Anyone who spots a wildfire should call 911 as soon as possible to report it.