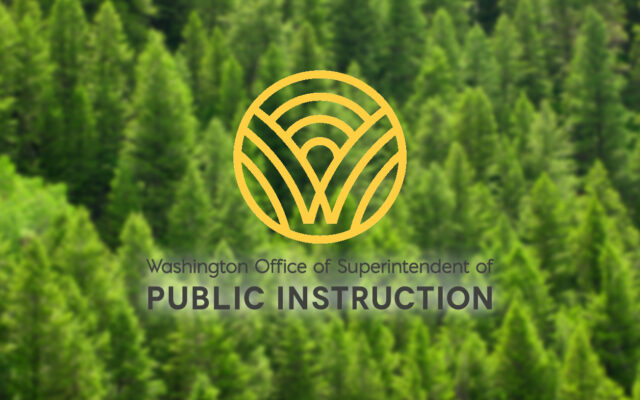 State Superintendent of Public Instruction Chris Reykdal says that timber harvest revenue does not equitably benefit rural school districts, and he would like to see that change.

In a media briefing, Reykdal described his plan to change the connection between revenue from timber harvesting on state trust lands and K–12 urban school construction.

He said that as revenues from harvesting timber on school trust lands continues to decline, “it’s time to stop depending on these funds for the K–12 School Construction Assistance Program”.

Reykdal laid out a plan for reallocating funding from the K–12 Common School Trust, which currently provides a small percentage of the funding for school construction across Washington.

In his plan, a portion of revenues from timber harvested in the rural communities — which currently are primarily provided to school districts in urban communities — would be retained within the communities that generate the dollars.

In addition, Reykdal proposes the state reallocate a portion of the funds to support forest health and preservation.

His proposal calls on the state Legislature to completely fund the School Construction Assistance Program from revenue sources other than trust land revenue and instead, dedicate those dollars to projects in rural Washington.

“Rural communities in Washington have long generated this revenue through timber harvests and other trust land activities, but are not often the beneficiaries of it,” Reykdal said. “We should be investing this revenue within the communities where it’s generated and using a portion of the dollars to support forest health and preservation.”

Reykdal will propose the change during the upcoming legislative session as part of his 2023–25 Capital Budget request.

“Common school trust revenue has been a challenging and complex conversation over many years,” said Jim Stoffer, Sequim School Director and Trust Lands Advisory Committee member for the Washington State School Directors’ Association. “Policies that ensure equity of revenue for our rural school districts are a step in the right direction for our students and communities.”

According to OSPI, less than half of Washington’s school districts have been able to access the funds from timber harvesting, in part because school bonds, which allow a local community to support the construction of their schools, require 60% voter approval to pass. Districts that have been able to pass bonds and access the funding from timber revenue are located primarily in densely populated areas that are largely removed from trust land activities, such as King, Pierce, and Spokane counties.

Data shows that not only is funding harder for rural communities to access, but the amount of funds coming from Common School Trust revenue has been steadily shrinking over time. Over the past 10 years, that funding is down from 3.35% to 1.38% of total school construction costs.

The share that comes specifically from timber revenue is even smaller, shrinking from 2% of total construction costs to 0.7% over that same period. Under Reykdal’s proposal, funding from the Common School Trust will be used to invest directly in rural school districts to serve building upgrade and replacement needs. Reykdal expects the Legislature to fully backfill the School Construction Assistance Program with general obligation bonds or cash sources so urban districts retain their state dollars.

“We are grateful for Superintendent Reykdal asking hard questions about how we can equitably fund our schools and manage our public lands. Today, logging revenue accounts for less than 1% of the state’s school construction budget,” said Alyssa Macy, CEO of Washington Environmental Council and Washington Conservation Voters.

“The climate crisis is already harming our natural resources and communities. Now is the time to design a new future for all the people in which our state forest management enriches the well-being of Washington’s communities, provides rural schools with the support they need, and sustains the health of our forests for generations to come. WEC looks forward to collaborating on making reform a win-win for all.”

Reykdal is also calling for some of the Common School Trust Revenue to be used for:

OSPI will also offer energy assessment grant funding to help school districts comply with the state’s green building initiatives passed recently by the Legislature (House Bill 1257 [2019] and Senate Bill 5722 [2021]). These bills work to ensure that state energy performance standards are met for buildings in Washington, including schools, with a goal of a 70% reduction in greenhouse gas emissions in new construction by 2031.

The plan to transition revenues in the Common School Trust from the state’s school construction grant program to rural uses is the first in a series of transformational budget and policy proposals Superintendent Reykdal will unveil through November in a series called Washington State Innovates: K–12 Education for the 21st Century and Beyond.