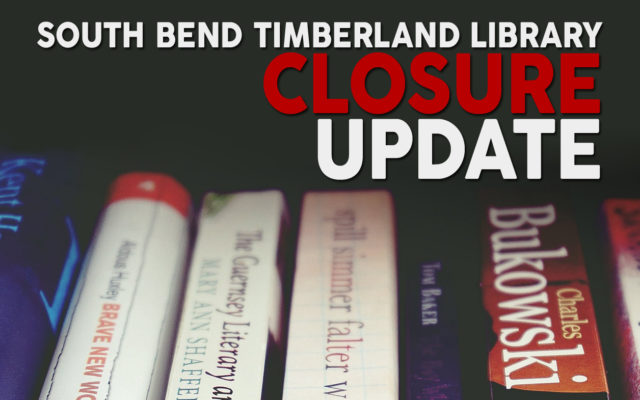 After being closed for months, the South Bend Library could re-open soon.

On August 29 of last year, the South Bend closed their doors due to “operational issues” in the facility, and in September the library was on the shortlist of locations identified by Timberland Regional Libraries as possibly up for complete closure. Now, an announcement says that there could be an end to the closure.

The issues, according to TRL, were “an overabundance of caution regarding lead paint, mold, and asbestos in the building”.

Originally thought to re-open on January 9, abatement work at the site began on the 9th, and staff say that they anticipate announcing a date for opening their doors by the end of the week.

During the closure the outside book drop continued to be checked daily residents were encouraged to visit the nearby Raymond Timberland Library.

In the Proposed Capital Facilities Plan by TRL, South Bend was the only Pacific County library up for closure, permanently combing with the Raymond branch.

“The 105-year-old library facility faces significant structural, accessibility, and safety challenges. Additionally, it is functionally limited, with predominantly built-in shelving, and a lack of spaces for the public, including the lack of a community meeting space.”

According to the proposed plan, it said that the location had “mold growing on the walls and on the ceiling in the basement”, multiple floor joists “rotten and falling apart”, and a number of other concerns.

In November, the proposed closure was tabled by the Timberland Board of Trustees and residents throughout the area could be checking out books and other media soon.

The South Bend Carnegie Library was built in 1913 and annexed into the Timberland Regional Library system in 2003.