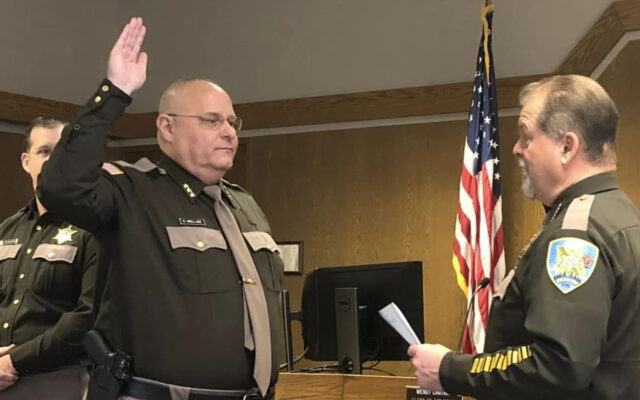 On Friday, Sheriff Rick Scott promoted recently elected Sheriff Darrin Wallace to the role, ahead of the new year.

The ceremony, held inside the Grays Harbor Commissioners meeting room, was the last official act of Sheriff Scott prior to starting his retirement after 45 years of service with the local sheriff’s department.

Scott announced that he would not be seeking a third term as Sheriff prior to filing week, retiring at the end of the year.

Wallace had been promoted to the role of Chief Civil Deputy in December 2019, filing for the role of Sheriff in the General Election following the announcement by Scott of his retirement.

Wallace won his election race with approximately 75 percent of the vote back in November.

Other new elected officials starting their local work at the start of the year include Grays Harbor Coroner George Kelley, who won the seat over former coroner Bob Kegel, and new District Court Judge Andrea Vingo.