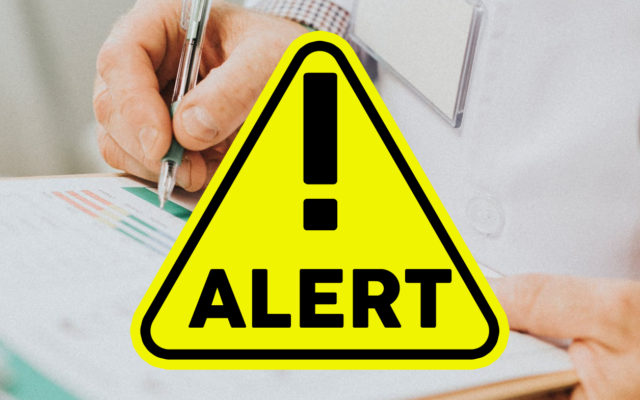 A Grays Harbor resident was one of four Washington residents sickened as part of the multi-state Salmonella outbreak.

According to the Centers for Disease Control and Prevention, the outbreak of Salmonella Newport infections were linked to frozen, ground raw tuna.

In total, so far thirteen people have been reported infected from seven states with illnesses.

Two people have been hospitalized. No deaths have been reported.

The four Washington residents include one from Grays Harbor, one from Spokane, and two from King counties.

All have recovered and none were hospitalized.

In January and February, state and local health officials and the Washington State Department of Agriculture gathered information and linked the Washington illnesses to cases in other states.

According to the CDC, evidence indicates that frozen, raw ground tuna supplied by Jensen Tuna is the likely source of this outbreak.

Of the cases, nine of the twelve people interviewed reported eating sushi from a restaurant or grocery store.

On April 15, 2019, Jensen Tuna Inc. recalled the product that may be contaminated with Salmonella Newport.

“Consumers who order sushi made with raw tuna, including “spicy tuna,” should ask the restaurant or grocery store if the tuna is from Jensen Tuna. If you are not sure if the tuna has been recalled, do not eat it.” according to the CDC.

Though the most recent case in this outbreak happened in January, public health officials in Washington are reminding the public of the risks from eating raw or undercooked fish and shellfish. This includes food containing raw or undercooked seafood such as sushi, sashimi and ceviche. These foods are especially risky for certain groups of people (older adults, children, pregnant women and the immunocompromised).

Symptoms of Salmonella can include fever, diarrhea, nausea, vomiting, and abdominal pain. In severe cases, the infection can be fatal. Infants, young children, the elderly, pregnant women and those with a weakened immune system are at greatest risk.