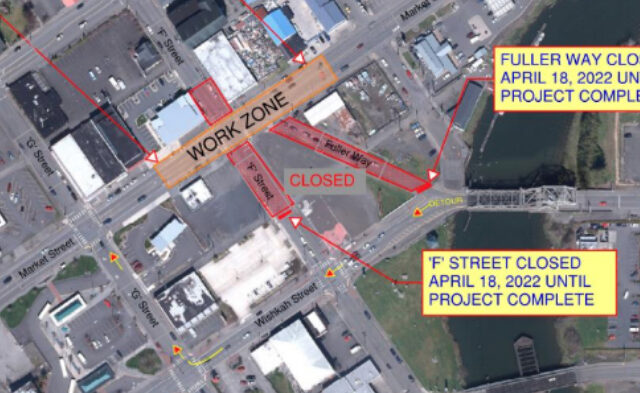 At least five years after it was initially discussed, a roundabout in Aberdeen is moving forward with construction beginning next week.

Aberdeen City Engineer Nick Bird announced that construction of a roundabout at Market, F, and Fuller Streets is beginning the week of April 18, 2022.

In March of 2017, the Aberdeen City Council approved a report to sign all the documents needed to move forward with the Preliminary Engineering on the project near the proposed Gateway Center. At that time, Mayor Erik Larson said that the project had been a plan since before he took his position. 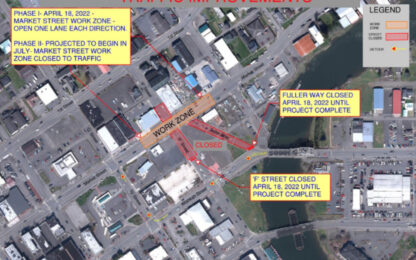 The improvements will include the removal of the existing traffic signals, reconstruction of the roadway surface, installation of stormwater conveyance and treatment, installation of new curbing and sidewalks, textured concrete paving, and a new lighting system.

During the work, Fuller Way will be fully closed, as well as North F Street and South F Street adjacent to Market Street. In addition, Market Street between E Streets and G Streets will be reduced to one lane each direction.

The second phase of work, anticipated to begin in July, will bring a full closure of Market Street in addition to the other closures already in place.

That configuration is expected to remain in place with detours around the work area until October when the project is scheduled for completion.

Once completed, the project is expected to “dramatically reduce driver confusion and conflicts” at the intersection.

Bird tells KXRO that bidding for the project began in January, and the city awarded the construction project to Rognlin’s Inc. in March.

For more information on this project, please visit the City’s website at www.aberdeenwa.gov.

Questions and comments regarding this project can be directed to Nick Bird at (360) 537-3218 or [email protected].