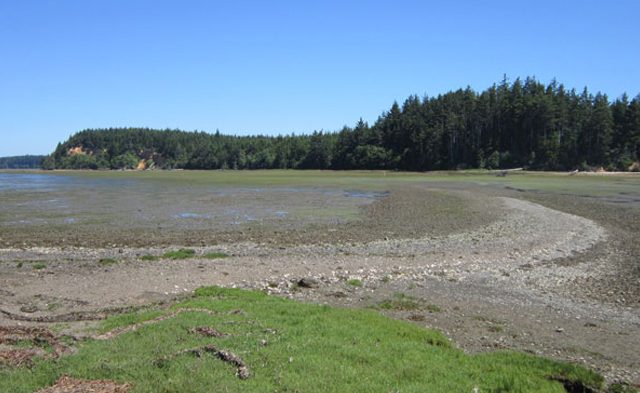 Researchers have discovered that yessotoxins, produced by certain phytoplankton, are the likely culprit behind summer mass shellfish mortality events in Washington.

In a new paper, shared to KXRO by Washington Sea Grant, scientists outline how certain algae species could have killed off oysters and clams in summer mortality events that have occurred since the 1930s.

Back in the summers of 2018 and 2019, the shellfish industry in Washington state was rocked by mass mortalities of their crops. “It was oysters, clams, cockles — all bivalve species in some bays were impacted,” says Teri King, aquaculture and marine water quality specialist at Washington Sea Grant. “They were dying, and nobody knew why.”

Now, King and partners from NOAA National Centers for Coastal Ocean Science, NOAA Northwest Fisheries Science Center, Northwest Indian College, and AquaTechnics Inc. think that they have finally sleuthed out the culprit: high concentrations of yessotoxins, which are produced by blooms of certain phytoplankton.

The researchers’ findings have been published in a new open access paper in the Elsevier journal Harmful Algae.

In the paper it states that Willapa Bay was “not routine monitoring locations for SoundToxins” but that it was a site “where shellfish mortalities occurred.”

Because yessotoxins are not a threat to human health, their presence in Washington has not been closely monitored.

The researchers dug through data that had been collected by the NOAA Northwest Fisheries Science Center and NOAA National Centers for Coastal Ocean Science for different purposes, coupled it with current observations from the SoundToxins phytoplankton monitoring program and discovered that these algae species, Protoceratium reticulatum and Akashiwo sanguinea, are correlated with shellfish mortality events stretching as far back as the 1930s.

In 2018 and 2019, with SoundToxins partners’ eyes on the water and the reports of the dying shellfish from the Washington Department of Fish & Wildlife and the shellfish industry, the research team was able to collect shellfish and water samples for analysis. This set the table to help answer the mystery of what was causing “summer mortality” in Washington state shellfish.

Later in the paper it refers to events in the spring of 2018 that saw shellfish growers in Willapa Bay report “unusual” clam mortality events that saw the bivalves surfacing before their death.

Growers at that time reported Manila clam losses of 30%-90% on commercially cultivated beds within Willapa Bay.

After an investigation, it was suggested that an algal bloom may have produced a toxin or substance that induced massive tissue inflammation leading to the death of the affected clams.

These findings have significant implications for shellfish growers in the region.

“We are working towards being able to help growers count the cells of yessotoxin-producing organisms in the water and correlate it to an action level,” King explains. “SoundToxins has been conducting similar work for the Washington Department of Health for three ‘human health’ marine biotoxins since 2006. Adding the ‘shellfish killing’ plankton species to the real-time mapping capability of the SoundToxins partnership would allow for shellfish producers and natural resource managers to make informed decisions, such as harvesting their product early or otherwise strategizing to save as much crop as possible.”

King says this research is also a demonstration of the value of partnerships between shellfish producers, plankton monitors, Native tribes, agencies and researchers.

“We were a team of oceanographers, biologists and chemists working together to answer these questions,” King says. “People are able to think differently when you have different people at the table.” Sometimes, it’s even the key to solving the longstanding mysteries that have been taking place right in your backyard.