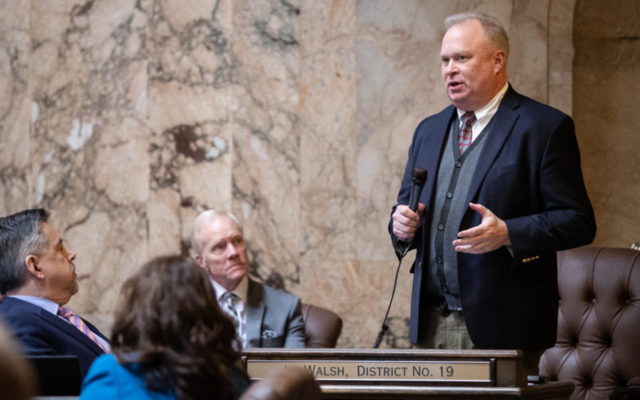 Representative Jim Walsh has introduced the “empowering Washington voters act” that would make Advisory Votes on ballots mean something.

In the prefiled House Bill 1091, the local legislator proposes that voter approval be required on tax increases within the state, tied to the Advisory Votes.

According to the bill, if approved, it would make any action, or combination of actions, taken by the legislature that raises taxes to only take effect if, and after, a majority of voters in the next General Election vote to approve the actions through Advisory Votes.

Any possible tax increases that don’t not get approval from the people would fail to go into effect.

Advisory Votes first appeared on Washington ballots following the approval by voters of Initiative 960 in 2007.

That initiative, introduced by activist Tim Eyman, requires that any tax increase proposed in the state Legislature be passed with a two-thirds majority in both chambers, as well as place the advisory measure on the ballot for voter consideration.

Although until now, the results of these advisory votes held no power on actually repealing or maintaining the actions.

The “empowering Washington voters act” has been prefiled and is expected to be up for possible introduction during the 2023 Legislative Session.