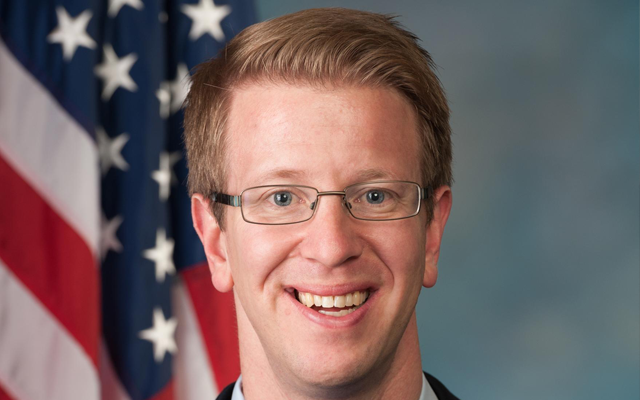 Washington, DC – Representative Derek Kilmer announced on Thursday that he, along with Elise Stefanik (NY-21), has reintroduced the Broadband for All Act.

This legislation would create refundable tax credits for businesses and groups of people who team up to build the infrastructure that connects them to the country’s existing rural broadband service.

“Too many rural communities are being left behind in our economy because America’s internet infrastructure doesn’t reach them,” Rep. Kilmer said. “Connecting communities to high-speed internet will create more economic opportunities for more people in more places. It will lead to new jobs and businesses, empower students by placing new information at their fingertips, and help rural communities get in on the economic growth we’re seeing that’s been largely concentrated in America’s cities.”

The Federal Communications Commission (FCC) defined broadband internet in their 2015 Broadband Progress Report as having speeds of at least 25 megabits per second.

“For perspective, that is also the minimum speed recommendation for Ultra HD quality streaming on Netflix.” said Kilmer.

Kilmer states that according to the FCC, fewer than two thirds of Americans living in rural areas have access to broadband, while 97 percent of Americans in cities have access to at least the slowest version of broadband internet. He adds that according to the Speedtest Global Index, the average fixed broadband download speed is almost five times faster than 25 megabits per second.

The Broadband for All Act would create a tax credit of up to 75 percent for groups of two or more homeowners or businesses, up to $10,000 a year, to help cover the cost of building the infrastructure needed to get them online.

The tax refund would apply to any available technology, so each group can choose the best option that bridges the “last-mile” gap between their homes and businesses and the existing broadband service network.

The data shows that Americans in rural areas do not have the same level of access to broadband as those living in more urban areas and cities. According to the FCC, approximately 39 percent of people living in rural areas lack access to high-speed broadband. According to data gathered by Microsoft, only 38 percent of the population in Clallam County, Washington uses a broadband connection. In neighboring Jefferson County, that figure stands at 36 percent. By comparison, almost 79 percent of King County residents use a broadband connection. These disparities reflect the difficulties – often directly related to high costs and lack of access – faced by rural communities in obtaining access to broadband.