Redmond, OR man identified as suspect in officer-involved-shooting 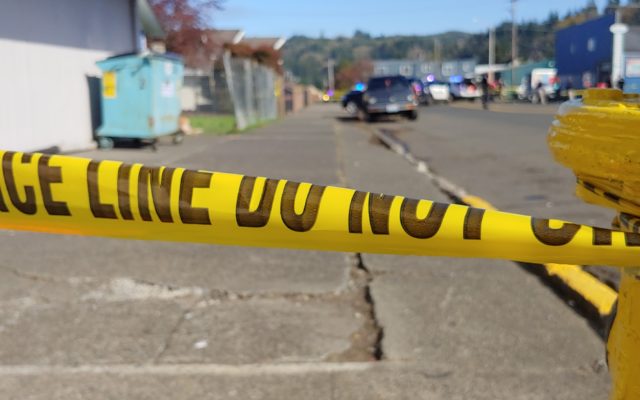 In an update to the officer-involved-shooting that occurred in Aberdeen on Thursday, the suspect injured has been identified as a 51-year-old man from Redmond, Oregon.

Grays Harbor County Undersheriff Brad Johansson issued an update late Thursday saying that at that time the man was in surgery and in critical condition.

Around noon on Thursday, Aberdeen Police Officers were dispatched to a hit-and-run at a business on Market and G Streets.

Initial reports state that an Aberdeen Police Officer responded and the driver of a car that hit another vehicle and fled the scene on foot.

When officers approached the man, Grays Harbor County Sheriff Rick Scott told KXRO that he was armed with a knife and refused to drop the weapon.

Johansson reports that a citizen witnessed the incident and said that the suspect went towards the officer.

A knife was recovered near the suspect.

The suspect was transported to Grays Harbor Community Hospital for his injuries.

The officers at the scene and the victims of the hit and run were not injured.

The Region 3 Critical Incident Investigation Team have taken the scene and will lead the investigation.

This team is comprised of detectives from Mason, Thurston, Grays Harbor, Lewis and Pacific counties.

Aberdeen Police are not involved in the investigation.