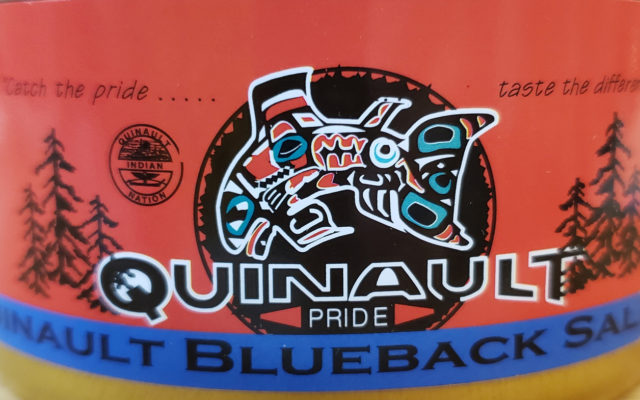 They say that the closure is for conservation purposes and in response to a recent forecast by the Quinault Dept. of Fisheries for a second straight year of historically-low return of wild adult salmon to spawn in the Quinault River. This forecast follows a total return of spawning fish in 2018 of just 6,619 Blueback salmon, the third smallest on record.

They say that unlike many salmon populations in Washington State, Blueback salmon runs are almost entirely made up of wild fish.

“The Quinault Nation has a long history of conservation to preserve salmon for future generations. Our responsibility as stewards of this irreplaceable resource demands the utmost caution,” said Fawn Sharp, President of the Quinault Indian Nation. “We applaud the Quinault River Committee for following our longstanding tradition of preserving our history and the Quinault Blueback salmon by declaring this closure two months before the fishing season starts.”

The committee says that they link warm ocean temperatures in recent years to climate change driven by burning fossil fuels. They also cite the poaching of Blueback salmon as a contributing factor to their decline.

“It’s time to hold oil companies accountable for their past record of denying climate change and their current obstruction of policies to reduce climate pollution,” added President Sharp. “The devastation of our iconic blueback salmon has struck at the core of what it means to be Quinault. This incalculable loss jeopardizes the cultural identity of our people and our ability to support and nourish our families. We will be stepping up efforts to hold Big Oil accountable for their environmental exploits, stop illegal poaching and looking at every other option to help displaced fishermen, including declaring a fishing disaster.”

The QIN committee says that this closure will financially affect more than forty Quinault families who depend on Blueback for supplemental income and will harm Quinault Nation business enterprises for the second year in a row. Seasonal employment layoffs are almost certain. The Quinault River will be closed to fishing for the entire season which can last up to three months from April through June.

In addition to the closure, QIN’s Quinault River Committee is planning a fishermen’s meeting at the Quinault Community Center in Taholah at 5 p.m. on March 6, 2019 where Quinault Senior Scientist, Larry Gilbertson, will present the forecast report.

The Quinault River Committee is a board made up of Quinault fishermen appointed every year by the Quinault Business Committee.