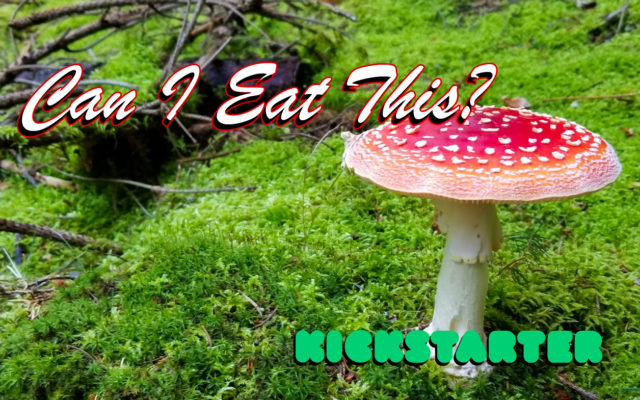 A Kickstarter campaign based out of Quinault and focused on mushroom foraging asks, “Can I Eat This?”.

Jennifer Haden created a campaign on Kickstarter that looks to create a mushroom field guide that is meant to help novices safely forage mushrooms.

Haden stated in the video for her campaign that her goal is to assist those just starting out.

In the campaign it compares other guides readily available that Haden says do not easily differentiate between safe and dangerous mushrooms found in nature, and instead she hopes to create a guide that anyone could follow.

The book is said to lay out the most important terminology used to ID mushrooms and then create a checklist that a new forager can use to rule out whether a mushroom is potentially deadly, edible or unknown but definitely not deadly.

“While this checklist will prevent a forager from taking some choice edible species such as agarics, blewits and honey mushrooms, its ensures that a forager will NEVER take a deadly species.”

Haden adds that the book does not feature recipes, but says that all wild mushrooms should be cooked before being eaten.

Package delivery driver who was found deceased has been identified