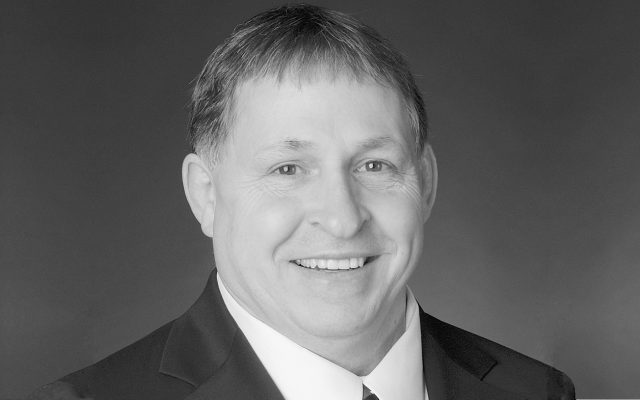 Image modified to fit by KXRO

Aberdeen, WA – Grays Harbor PUD Board of Commissioners President Russ Skolrood has announced he will resign from office at the end of June after 13 years of service.

Skolrood was elected to serve a third term in November, however the PUD tells KXRO that under state law, his retirement from the Hoquiam School District will prohibit him from drawing his retirement and salary as a PUD commissioner.

“This is a job I literally tried to do for free, but I’ve been told that’s not possible, so with great regret, I have to announce my decision to step down,” said Skolrood.  “What makes this a lot tougher is that I now have more time to dedicate to the PUD and its customers.  I have loved every minute of my time with the utility and want to thank the voters for their trust and confidence, my fellow commissioners for their counsel and friendship, and the PUD staff for their hard work and service to the community.”

Skolrood was first elected to the board in November of 2008.

During that time he served as board president, vice president and secretary, and helped the PUD navigate a number of significant events including the COVID pandemic, the implementation of the Energy Independence and Clean Energy Transformation Acts, the closure and clean-up of the Harbor Paper site, and he says most importantly, the appointment of two new general managers.

“Without a doubt, the appointment of Dave Ward and Schuyler Burkhart were the most significant decisions that I was a part of at the PUD,” said Skolrood.  “I think both of those managers were the right fit at the right time for the utility and their leadership and vision has made the PUD stronger, a better place to work and an asset for the Grays Harbor community.”

The Commission position will then appear on the General Election ballot in November of 2022.

“When you serve on a PUD board, the work is never done.  You complete one task and move on and there are some big ones ahead,” said Skolrood.  “Working with our elected officials to come out of COVID in a way that minimizes a negative impact on our customers, making sure people know how important our clean energy system is, and renegotiating our Bonneville Power Administration contracts are all things I was looking forward to doing.  But I am confident that Commissioner Timmons, Callaghan and whomever takes my seat will work with the utility staff to get the job done.”