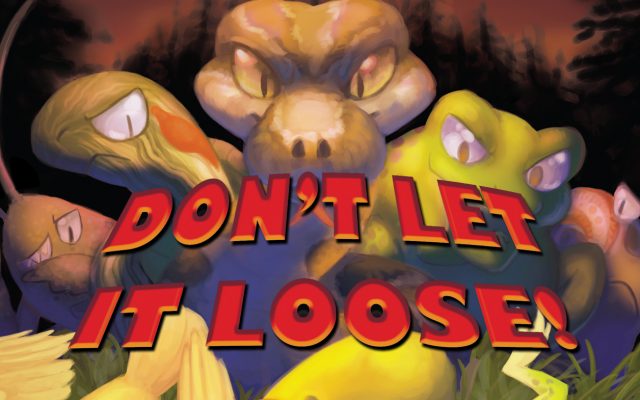 OLYMPIA –The Washington Invasive Species Council and Washington Department of Fish and Wildlife (WDFW) invite artists of all ages to participate in an art contest through May 14 as part of the “Don’t Let it Loose” campaign.

The campaign explains the dangers of releasing unwanted pets and plants into the wild and highlights other ways to rehome them.

“Many people release their unwanted pets into the wild thinking it is the humane thing to do, but, sadly, it is not humane as most of those pets end up dying in the wild because they aren’t adapted to this climate,” said Justin Bush, executive coordinator of the Washington Invasive Species Council. “Those pets and plants that do survive can go on to become invasive species, and our native wildlife species don’t have defenses against them or the diseases they may carry.”

Invasive species are non-native plants and animals that cause economic or environmental harm and could spread to new areas of the state. Invasive species can out-compete and overwhelm local species, disrupting entire ecological systems.

“Prevention is the most effective and cheapest tool we have when it comes to managing invasive species,” said Allen Pleus, WDFW’s aquatic invasive species manager. “By helping to spread the message of “Don’t Let it Loose,” artists can help educate others that a seemingly small action can have a big impact on our environment and economy.”

Bush said that with the recent detection of invasive mussels in aquarium moss balls, it is especially important to remember that people should not release pets or dump aquarium water or plants into the wild.

In March 2021, invasive freshwater mussels were detected in aquarium moss balls across Washington. WDFW is asking anyone who has purchased moss balls from any retailer to inspect the aquarium plants for invasive zebra mussels and take steps to prevent contaminated moss balls and aquariums from spreading the problem.

“By improperly disposing of an aquarium plant or algae, we could inadvertently introduce freshwater invasive mussels into our waters and impact our drinking water, irrigation, and hydroelectric systems,” Bush said. “This problem is easy to avoid by remembering the mantra “Don’t Let It Loose,” and we’d like your help in conveying this message through art.”

The contest runs now through Friday, May 14. Art should depict pets or plants that people might release into Washington’s waters, parks, and wildlands. Entries should convey that releasing invasive species can harm the state’s native plants and animals and include explanations or illustrations showing other options to rehome unwanted pets or plants.

Artists can submit a wide range of entries, including drawing, photography, dance, music, and more. Winners will receive an award, ranging from stickers to gift cards, and have their entries displayed on the Washington Invasive Species Council and WDFW websites. For full contest rules and inspiration, visit the council’s website.

“The recent detection of invasive mussels on aquarium moss balls reminds us that invasive species can easily hitch a ride into Washington in unexpected ways,” Bush said. “The most basic action we ask everyone to take is reporting anything that could be a problem and looks out of place. Your report could find the first instance of a new problem and end up saving hundreds of thousands of dollars, if not millions, in long-term costs.”

WDFW and the Washington Invasive Species Council recommend that anyone who thinks their aquarium might be carrying invasive mussels to report it online. It is as easy as taking a photo and submitting for an expert to review. 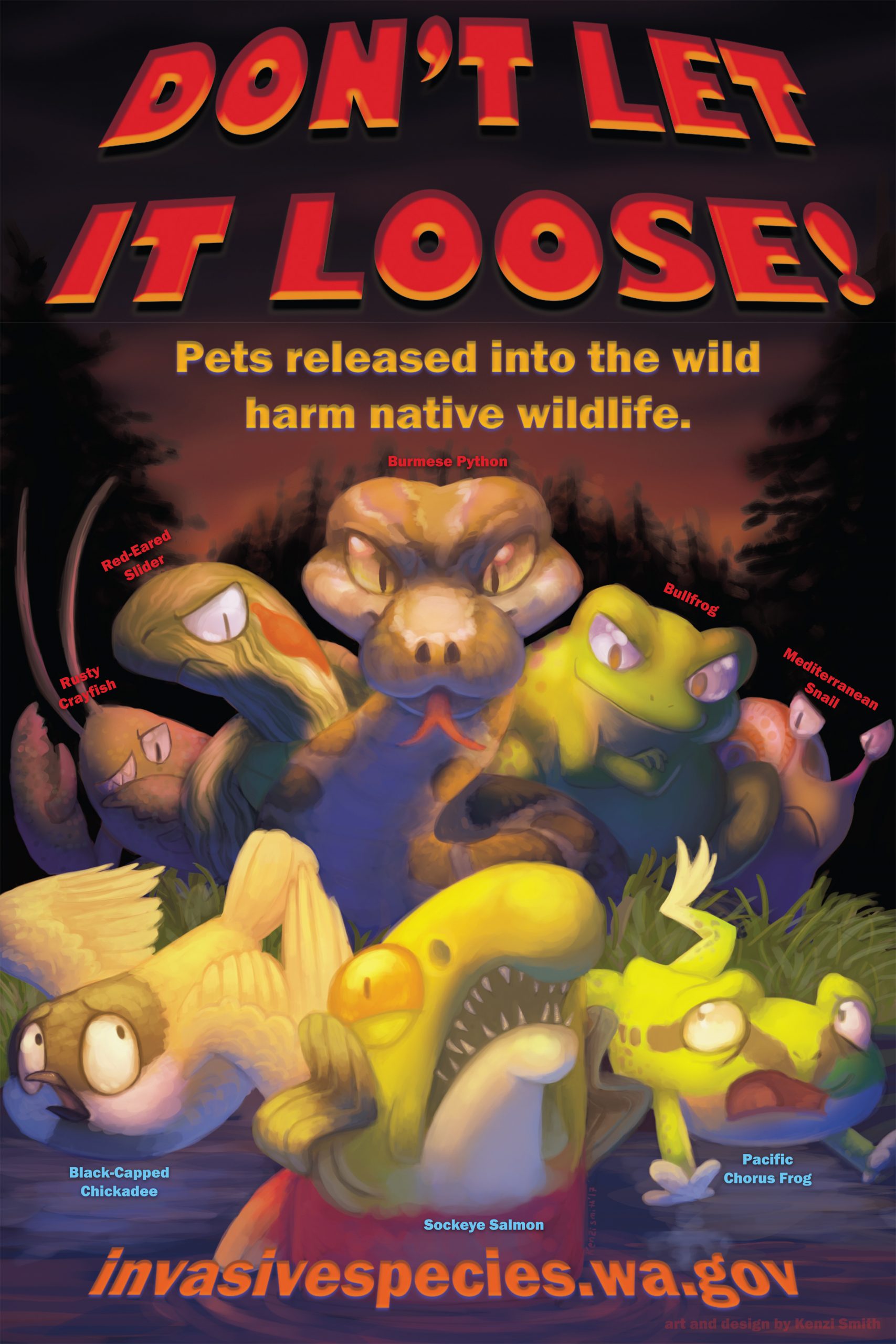 Individuals who need to receive this information in an alternative format, language, or who need reasonable accommodations to participate in WDFW-sponsored public meetings or other activities may contact the Title VI/ADA Compliance Coordinator by phone at 360-902-2349, TTY (711), or email ([email protected]).