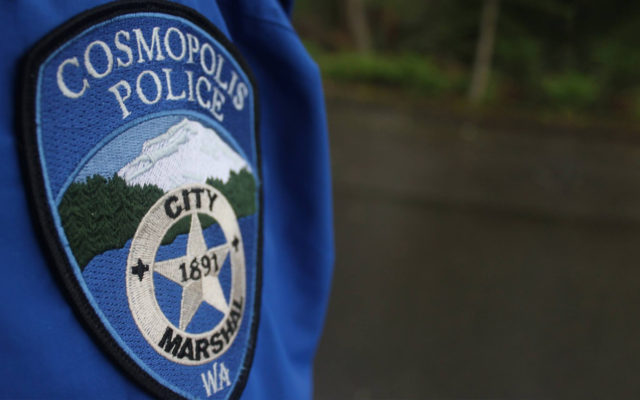 Cosmopolis, WA – The Grays Harbor Prosecuting Attorney informed the Cosmopolis Police Department that it declines to file charges in the family involved shooting that took place in June of 2021.

Cosmopolis Police say that the Prosecuting Attorney’s Office said they will not be seeking charges against the mother who shot and killed her 25-year-old son.

According to a release, police say that they received a letter from the Prosecuting Attorney’s Office that said that after reviewing the facts of the case “…we do not believe we can prove criminal homicide.”

The letter goes on to say that multiple charges including murder and manslaughter were considered but that, “…the victim’s claim of defense cannot be disproven.”

According to police reports, the mother said that she woke up to what she thought were sounds of a “scuffle” from her son’s room and believed “her son was fighting with someone.”

According to reports, the woman retrieved her firearm and said that “…yelling and screaming combined with a man throwing things at her” led her to believe that someone was hurting her and her son and that she needed to ‘save him’.”

She went on to say that she pulled the trigger multiple times and then realized that she had shot her son.

She then called the authorities. 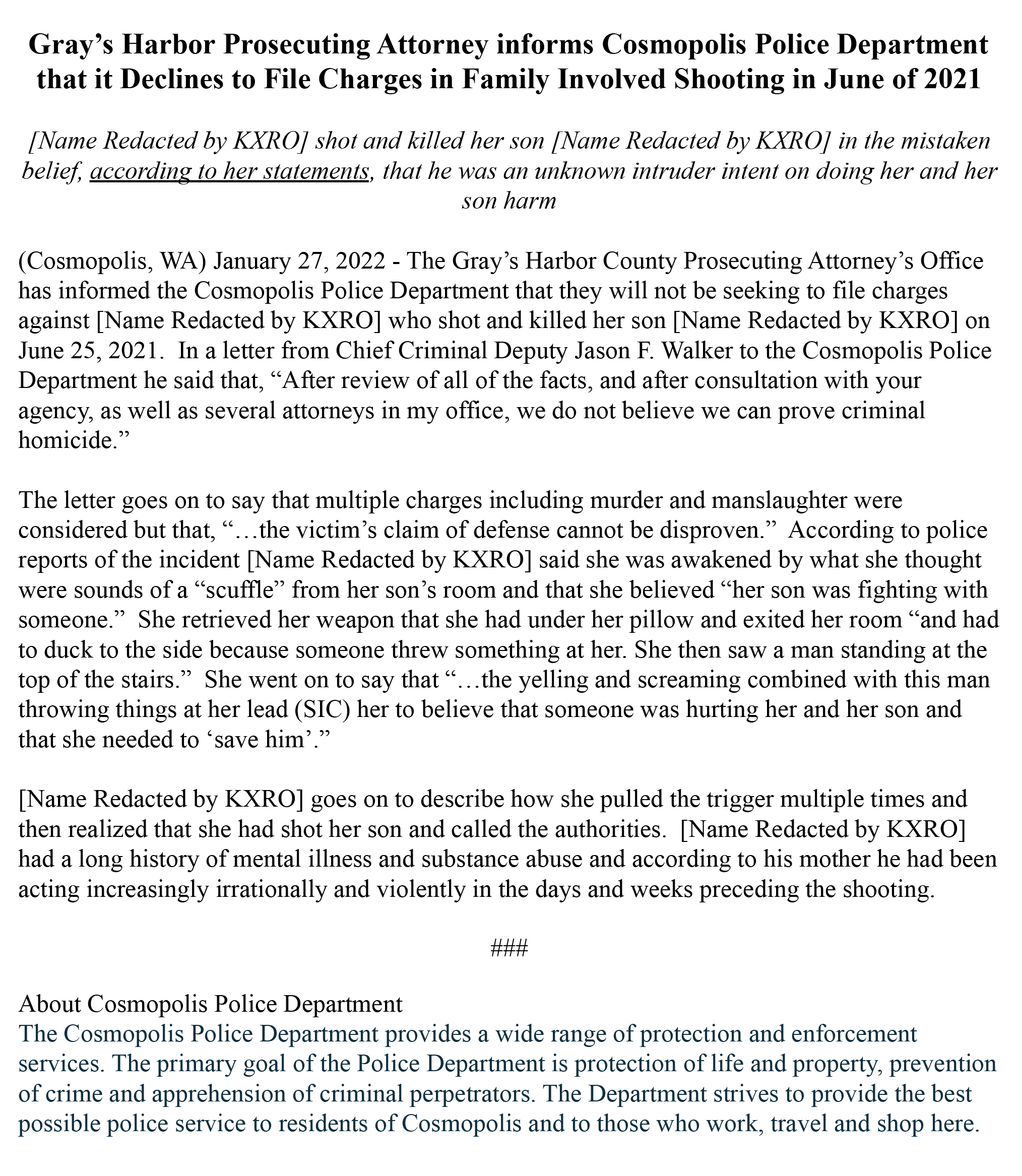