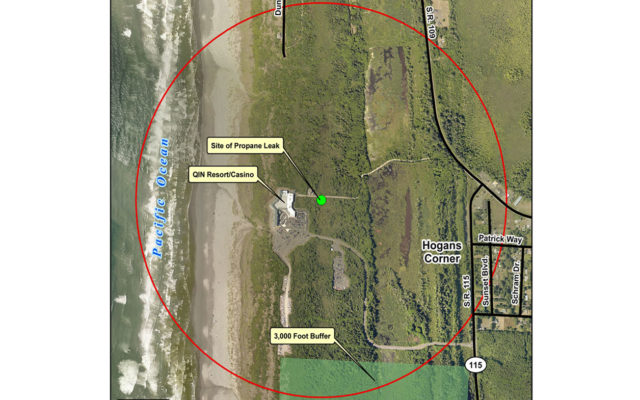 Ocean Shores, WA – A propane leak led to the evacuation of the Quinault Beach Casino and Resort and shut down State Routes 109 and 115 in Ocean Shores on Friday, Jan. 17, 2020.

In a joint release from Grays Harbor County Emergency Management, Quinault Nation, and Washington State Patrol they tell KXRO that the leak was reported at approximately 12:10 p.m.

They say a Ferrellgas delivery truck hauling 8,500 gallons of propane was offloading into a 30,000 storage tank on the resort property.

According to the release, pressurized propane began discharging from what was initially believed to be the delivery truck, leading to the evacuation of the resort.

The release says that further investigation revealed the storage tank, not the delivery truck, was leaking propane.

They say one of the storage tank’s valves was inadvertently opened, causing the leak.

The leak was deemed secure just after 4 p.m. and roadways were reopened, as well as the resort to its guests and staff.

According to the release, it is estimated the storage tank leaked approximately two gallons of propane during the incident.

An evacuation was deemed necessary for the safety of the public due the increased risk of ignition sources in the vicinity of the leaking propane.

Local schools and transit stations were notified of the leak, road closure,s and notified of alternate routes.

No injuries were reported and no other areas were evacuated as a result of the leak.

According to the release, Ferrellgas has been fully cooperative with the involved agencies during the investigation into the incident.

“This was a great team effort overall,” stated Quinault Indian Nations President Fawn Sharp. “On behalf of the Nations, we express heartfelt gratitude sincerely to the first responders and regret any inconvenience to guests at the Quinault Beach Resort and Casino.”

The Grays Harbor County Emergency Operations Center was activated to support the incident. 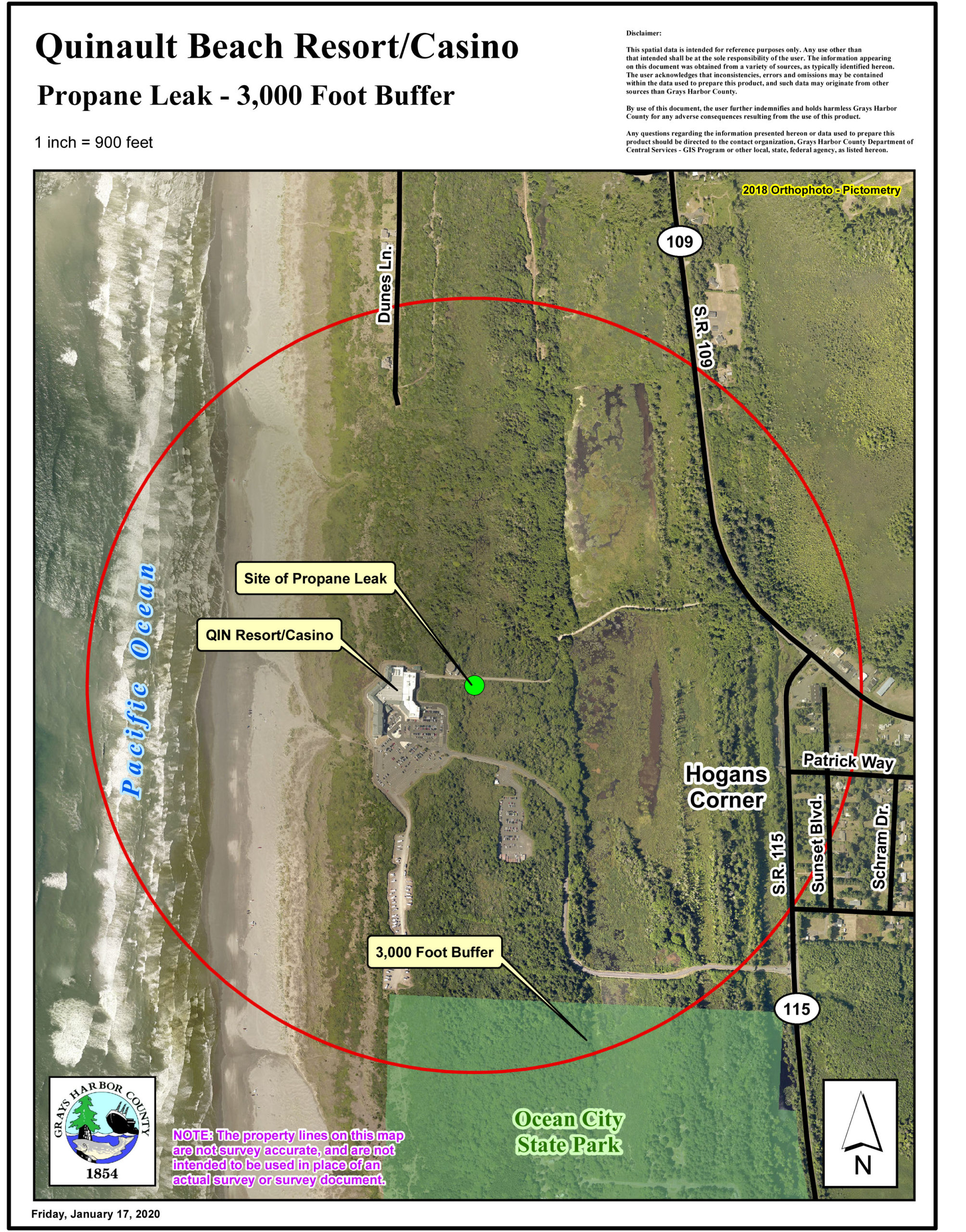