A police pursuit in Aberdeen led to an accident that damaged a vehicle at a car dealership.

The Washington State Patrol reports that on Christmas Eve, just before 8pm, a 2002 Cadilac Escalade was fleeing a Grays Harbor County Sheriff’s Deputy when it lost control.

A 29-year-old Taholah man was driving the Escalade and attempted to turn onto Hornsby Way near Five Star Ford Lincoln.

As it tried to make the corner, the vehicle struck a concrete barrier, spinning 180 degrees.

A 2019 Jeep Cherokee was parked at the dealership and was damaged by debris coming off the concrete barrier from the collision.

There were no injuries in the accident, although the Escalade was totaled.

The Taholah man was charged with Felony Eluding and booked into Grays Harbor County Jail where is also facing a VUCSA Felony.

A 19-year-old woman in the vehicle was also booked into jail, facing Identity Theft and Theft 2nd Degree charges. 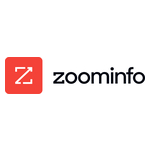