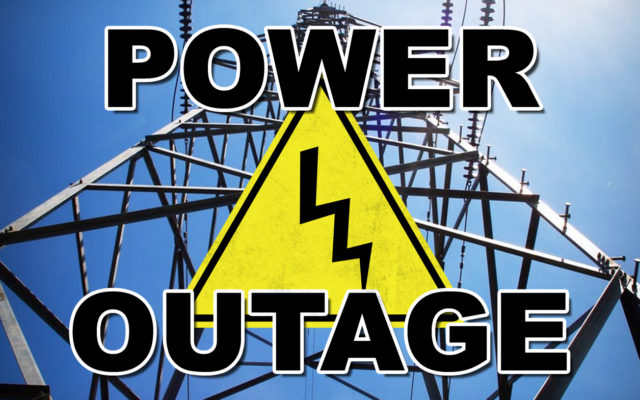 The Grays Harbor PUD will be shutting off power to customers at an Elma trailer park.

In a release, the Grays Harbor Public Utility District announced that a planned power outage will begin at 10:00 AM on Tuesday, December 10, 2019 and run through the day until until 3:00 PM

All impacted customers received a notification phone call from the PUD last week and will receive a second call this evening.

During the outage, PUD crews will replace an aging pole and equipment which provides power to the impacted area.

Customers are advised to take precautions with any electronic equipment such as computers, televisions, and microwaves by unplugging those items and leaving them disconnected until after the power has been fully restored.

The outage time of five hours is only an estimate and power could be restored at any time as work is completed.  Therefore, it is not safe to do electrical work or repairs during that period.