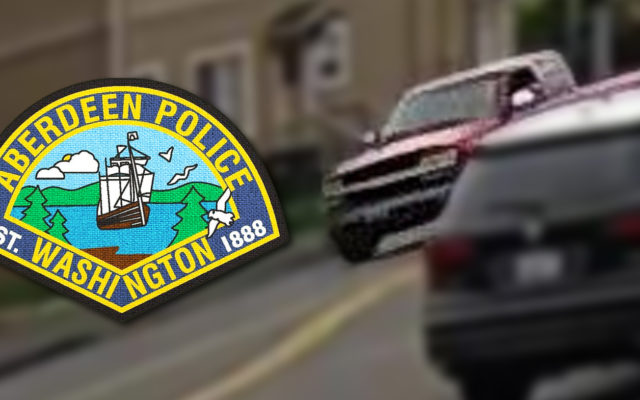 A potential suspect vehicle has been identified in the investigation into a possible attempted kidnapping earlier this month.

Aberdeen, WA – The Aberdeen Police Department have been investigating the possible kidnapping attempt of a 5-year-old girl from the 500 block of East 1st Street since May 11.

On May 11, the girl had been playing on the sidewalk near Jo’s Deli when a man with shaggy blonde hair and a mustache picked her up.

When she started screaming, the man reportedly put her down, got into a red pickup truck, and left the area. A neighbor reported to police that they had seen a red truck driving in the area at a high rate of speed.

Officers searched the area and were not able to locate the vehicle nor the driver.

On Tuesday, APD said that they received a tip from a local business that had video footage of of a possible suspect vehicle, releasing a video still.

The truck was described as red, with a large garbage can in the bed and a large scratch across the passenger side of the tailgate.

APD says that the truck in the photo appears to be a Chevrolet full size extended cab, possibly newer than a 2000 model.

Detectives are asking anyone with video cameras in the area to check footage from May 11, 2019 and contact Detective Lougheed at the Aberdeen Police Department, 360-533-3180, if you have any information.