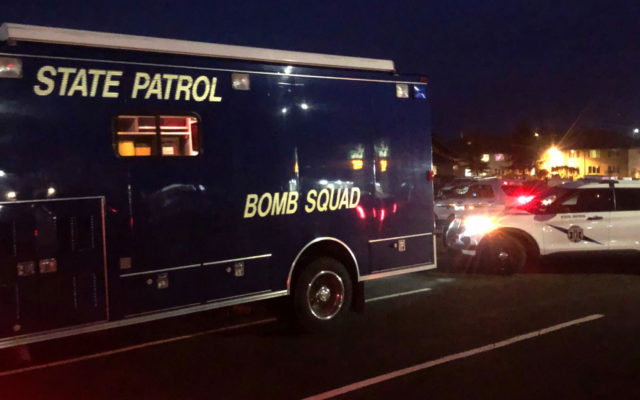 A suspicious package in Hoquiam brought the Washington State Patrol Bomb Squad into the area, but thankfully for the second time in a month it was determined not to be an explosive device.

The Hoquiam Police Department posted a report that said they were called to the 800 block of Simpson Avenue on Wednesday for a suspicious package which had arrived in the mail.

They say that the package “had several odd characteristics” which prompted a call to the police.

The Bomb Squad was called to the scene, and the business complex was evacuated until the item could be assessed.

According to HPD, the WSP troopers were able to examine the item and determined that it contained a very large stack of documents which appeared to be well over 1,000 pages, but not an explosive.

In February the Bomb Squad was also called in for a suspicious item located in a wooded area near the 600 block of 8th Street.

Chief Jeff Myers says that they appreciate “the dedicated response and support” from the Washington State Patrol.