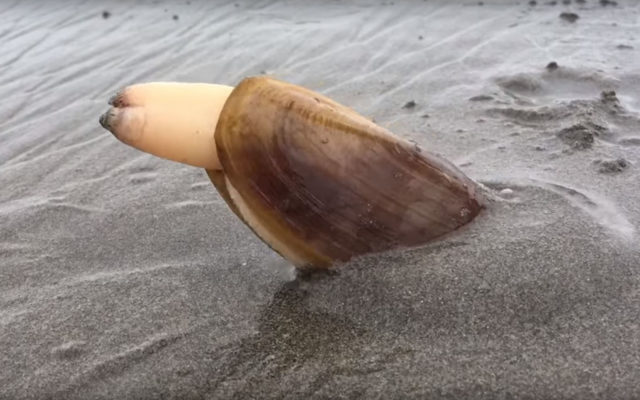 A bill to designate the Pacific Razor Clam as the official Washington State Clam has passed through the House of Representatives.

This week, a bill sponsored by 19th District Representatives Brian Blake and Jim Walsh passed on a vote of 94-4, now moving to the Senate.

Senator Dean Takko pre-filed the Senate bill to ask for a second year in a row to bring the designation to the clam.

This month, that Senate bill was passed to the Rules Committee for second reading before it would be scheduled their consideration on the Senate floor.

In the bill, it states “The Pacific razor clam, Siliqua patula, is endemic to the Pacific Northwest, abundant on Washington’s sandy coastal beaches, and an important part of the cultural identity of the state.”

The Senate bill is identical to a the House bill.

In 2018, Representatives Blake and Walsh introduced HB 1061 that would have made the same designation.

After passing the House on a unanimous yes vote, that bill was returned to committee in the Senate.

Both bills cite that in recent years, as many as eight million clams are harvested annually.

“The oblong shell of the Pacific razor clam is golden-hued, symmetrical, and especially handsome. The flesh is meaty and makes for premier table fare and a healthy, organic, wild food source.”

The bill also states that razor clamming is not only a tradition for many families, but it brings thousands of people to the coastal area each year and provides “healthy exercise and outdoor experiences” as well as boosts the local economy.

If approved, the Razor clam would join the state oyster Ostrea lurida (proposed by 19th District Senator Brian Hatfield), the Lady Washington as the state ship, the orca as the state marine mammal, and other official representatives for the state.

Also passing this week out of the house were a bill that would remove petrified wood as the state gem and instead name it as the State “vegetative fossil”, clarify that the Columbian mammoth is now the official “vertebrate” fossil, and name the Ellensburg blue agate as the new official state gem, as well as designations of the tardigrade as the State microanimal and the the Suciasaurus rex as the official dinosaur of the state of Washington.