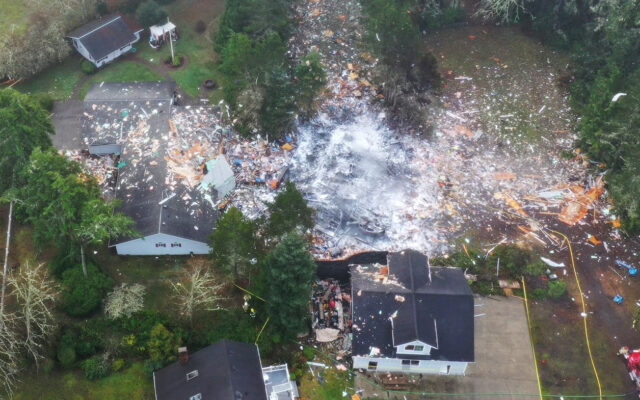 The Pacific County Sheriff’s Office issued a notice regarding the early morning explosion that occurred in the Surfside community on December 7.

According to their notice, reports of a loud explosion on the Long Beach Peninsula began around 1:30am.

Pacific County Fire District #1 responded to the scene and found a large garage type building had exploded and was on fire.

Multiple other buildings in the area had been damaged as well due to the blast.

After the fire was contained, reports of structural damage to buildings blocks away from the blast were reported, and Pacific County Fire District #1 stated that over 24 reports of property damage have been forwarded to the insurance adjusters and investigators.

The Pacific County Sheriff’s Office investigated the scene in conjunction and consultation with Pacific County Fire District #1, the Washington State Patrol and the ATF.

After gathering evidence and processing the scene, the source and cause of the explosion was determined to be “an accidental fuel to air mixture of propane which was ignited by energized electrical equipment”.

No injuries were reported as a result of the explosion.