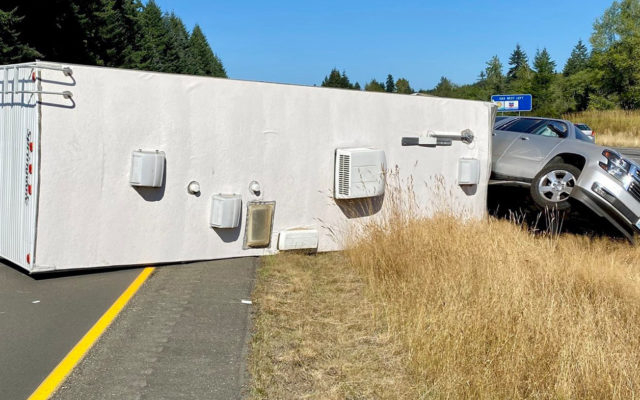 The Washington State Patrol responded this weekend after a travel trailer overturned. 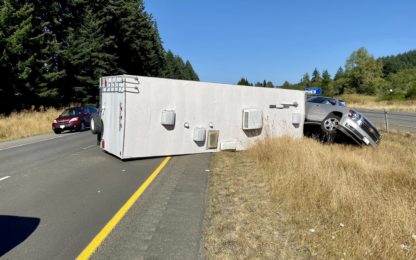 According to Trooper Chelsea Hodgson, troopers were at the scene of the accident on SR 8 near McCleary after a truck and trailer flipped over as they were coming into Grays Harbor.

The initial cause of the accident was not released. 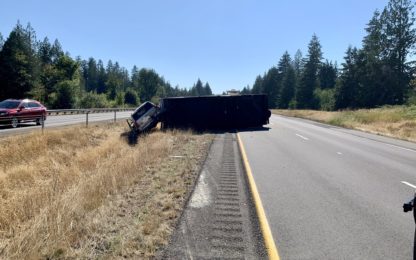 The westbound left lane was blocked as tow vehicles arrived on scene.

Hodgson added that no one was hurt in the collision.