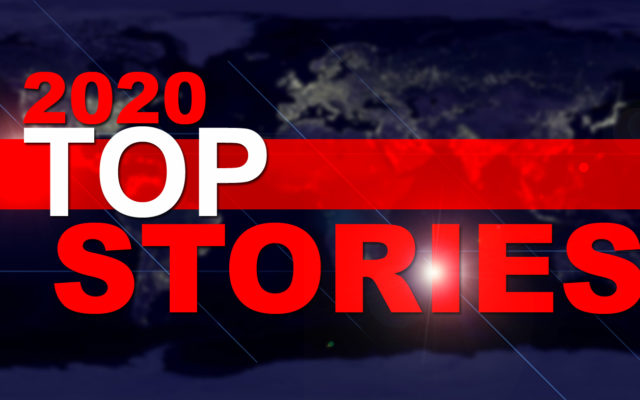 When looking back at 2020 in Grays Harbor and Pacific County news, it comes as no surprise that COVID-19 related updates were the most frequent and most popular stories at KXRO.com.

Millions of views of KXRO content were seen in 2020.

As of this week, at KXRO.com, 1.4 million visits were made to the website.

On Facebook, the reach of the KXRO posts saw nearly 5.7 million views.

This roughly equates to every Grays Harbor resident getting local news for free 100 times each through the year.

These numbers do not account for those who have listened to us on the radio each day.

When looking at the top stories overall, the overarching theme is COVID-19, dealing with local cases, impacts, and closures due to the pandemic. Closures, restrictions, local cases, and other related content dominated the narrative that listeners were interested in this year.

Despite this, numerous other stories were of most interest to readers on our website. Following COVID, as is the case with most years, local law enforcement posts were among the most popular overall.

Outside of coronavirus-related stories, once again our look back at the Oakville Blob in 2014 on the 20th anniversary of the event continues to be popular with people throughout the world on our website. This story was the most popular of 2020 overall, above all coronavirus stories and all other content.

Our story from March 11 on the first confirmed COVID-19 case in Grays Harbor was only 1,000 views behind, coming in at our second most popular story of 2020. The man in his 60’s that was our first resident with COVID-19 had visited King County in February where the coronavirus was most active at the time.

The story about the first COVID-19 related death in Grays Harbor was much further down the list of top stories, although the milestone is certainly notable for content.

While popular on Facebook, the announcement that BHP withdrew plans for a potash facility in Hoquiam after 3 years of permitting and planning was far down the list of website stories. The departure of BHP meant that approximately $440 million in investment to the area was lost.

In January, the Montesano High School athletic trainer and teacher who was charged with sexual misconduct with a minor in the first degree brought our 3rd highest reaching story of the year. The woman was accused of engaging in sexual intercourse with a 17-year-old student at the school.

Following this story, our top featured articles are all intermixed with COVID-19 related posts, but we will be highlighting the stories outside the pandemic.

In July, Hoquiam Police asked residents to report any additional possible victims of a man who was linked to reports of child rape. At the time, HPD were contacted by the Skamania County Sheriff’s Office they found a 12-year-old girl in Stevenson who had been reported as a runaway from Hoquiam. HPD says that the girl told deputies she had been kidnapped and sexually assaulted by a man she had met over social media.

Despite multiple closures of local clam digging, the late Rich Daneker’s recipe for Baked Clams continues to highlight our content. This recipe has not only been popular with local residents, but the Washington State Department of Fish & Wildlife continues to showcase the favorite.

Two stories regarding local restaurant health inspections and actions were among the top stories. This involved a story that showed inspections at Grays harbor establishments had moldy food, rodent issues, and other health risks. In addition, a story regarding food poisoning and the temporary closure of an Aberdeen restaurant were separated by only 200 views.

Head and shoulders above all other Facebook posts was a video shared to us by a resident of the Central Park Elementary school staff holding a parade to visit their students. This parade occurred in early April after schools were first closed to in-person instruction.

Also among the highest posts on the KXRO Facebook was the announcement of all school closures in March, a video of conflicting protest events in Aberdeen, the announcement in May that the Grays Harbor County Fair was being cancelled for 2020, and a post announcing that Perry Crowell IV was set to be featured on TV in the championship round of the 2020 U.S. Open.

As 2020 comes to a close, the events and stories that occurred this year will impact us into the future, and KXRO will continue to report on the items that matter to Grays Harbor and Pacific County residents.