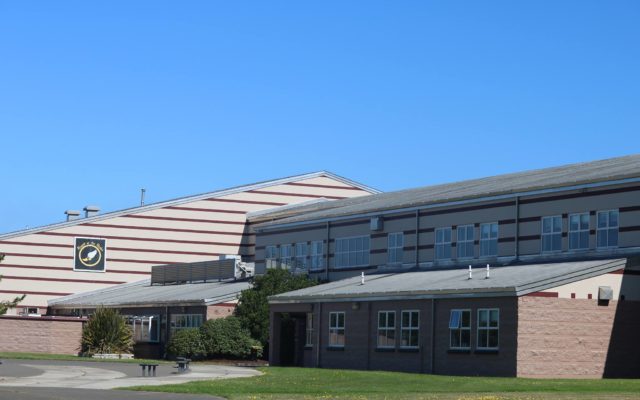 In a release from North Beach School District Superintendent Andrew Kelly, he states that grants and community donations were instrumental in bring chromebooks to students for distance learning.

Kelly states that as the district began this school year remotely, it created an unanticipated demand for at least 375 new 1:1 devices to support distance learning.

He tells KXRO that staff found that for a cost of $315, the district could provide a student with a Chromebook and license needed to participate fully, although with current budgetary constraints the district had to look for ways to cover the unexpected expenditure.

Planning began in early June, reaching out to local foundations and the community. Kelly says that by  Friday, September 18, the district had received over $120,000 in grants, foundation gifts and private donations from individuals.

Among the largest contributions:

In addition, the district received 20 private party donations ranging from $50 to over $1,000 each.

Superintendent Kelly said he is thankful for every donation, including the foundation grants, which helped to fill the gap quickly.  He adds that he was particularly touched by an elderly couple who came to the district office and wrote a check for $50.

“When I thanked them,” Kelly shares, “They both smiled from ear to ear and the husband said, ‘We don’t own a computer and wouldn’t know how to use one, but the kids in our community are all OUR  responsibility and we wanted to do our part to help.’”

The North Beach Youth Foundation’s donation of $15,120 alone will put Chromebooks in the hands of 48 North Beach scholars.

Spokesperson Miles Logenbaugh reflects, “During these tough times it is important to let the youth of the North Beach School District know that we stand by them and support them. We wish the kids the best as they use these Chromebooks to learn from home”.

Boora emphasizes, “The students in our community are our future; they are the most precious commodity we have. This donation is a perfect fit for the mission of the Seabrook Community Foundation and we are thrilled to play a role to ensure the success of the students within North Beach.”

The school year started in North Beach on September 1 in a distance learning mode, gradually bringing small groups of students together for in-person learning as county and state guidance allow.

Kelly says that while the the devices were ordered in early June, nationwide demand means that they have not yet been received and the schools and teachers are currently making the best use of technology currently available in the district.

This is being done with a combination of privately owned devices and those that the district already owned to provide “live” instruction for nearly all students.

“Long-term, this arrangement is not optimal; devices of different ages and versions of software make it difficult to have students successfully working on district learning platforms.”

Despite the delay in delivery, Superintendent Kelly believes this investment in technology will change the trajectory of education within North Beach forever.

“Moving to a 1:1 technology format in North Beach supports our students while they learn from home during the pandemic. The even bigger story is the impact it will have instruction as we return to face-to-face learning. The availability of the devices and our newly-learned skills in remote instruction will augment and provide opportunities to learn differently when students return to face-to-face learning.”

“One of my greatest joys serving as superintendent in North Beach is knowing that we educators aren’t in this alone,” Kelly concludes. “The parents and the community believe in our kids and are tremendous partners in supporting our school district and continuing to empower us to improve as a system.”