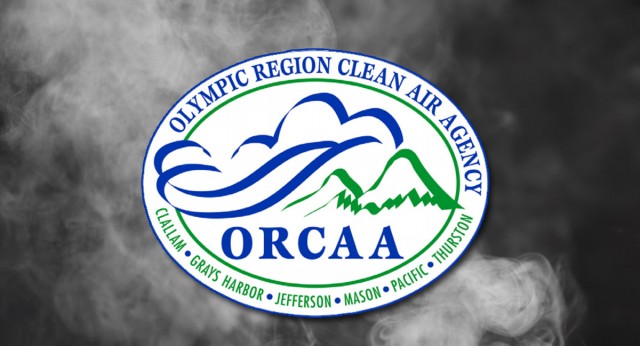 With the weather turning colder and less wind, officials are warning that air quality could be impacted by fires and they are asking the public to limit burning.

The Olympic Region Clean Air Agency (ORCAA) says that while cold nights and icy mornings tend to prompt more use of woodstoves and fireplaces, in these condiions any smoke we put into the air around us, stays in the air around us.

The result could be rising levels of air pollution.

In the interest of public health and safety, ORCAA is asking that all residents VOLUNTARILY CURTAIL all outdoor burning and to refrain from using wood stoves and fireplaces in all counties (Clallam, Grays Harbor, Jefferson, Mason, Pacific, and Thurston counties) unless absolutely necessary.

An Air Stagnation Advisory is in effect for portions of the region until 10am Saturday morning. Officials say that the conditions could exacerbate breathing issues if smoke and other pollutants remain stagnant in the air.

“Burning wood creates smoke composed of fine and very fine particulate matter (PM2.5). These tiny particles are too small to be filtered by the nose and the body’s other natural defense mechanisms, so they may end up being inhaled deep into the lungs. That means that exposure to wood smoke may, at the very least, cause breathing problems and can increase – sometimes substantially increase – the severity of existing lung disease, such as asthma. Smoke also has been shown to aggravate heart and vascular disease.”

ORCAA asks homeowners to use alternative means of disposal to clean up their yards. Chipping and composting are the best option, though other alternatives to burning are also available.

You may find alternatives to Outdoor Burn here.

Also please keep in mind that burning trash is ILLEGAL at all times throughout Washington.