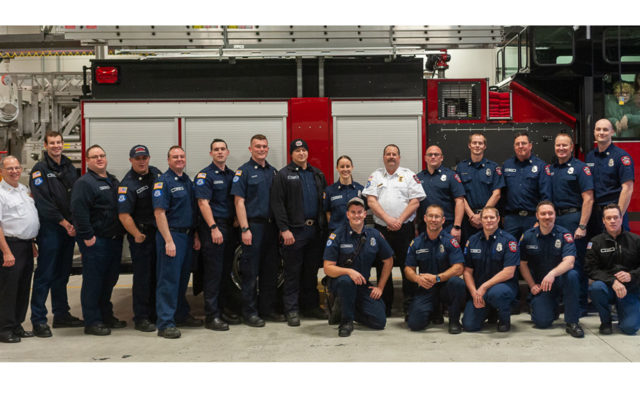 The City of Ocean Shores tells KXRO that the new fire engine includes enhanced features such as an enclosed pump panel to protect operators from inclement weather, extra scene lighting, a modern foam system, and brand new hose and equipment.

“It’s going to improve fire safety and communication,” OSFD Chief Mike Thuirer said. “And the foam system puts another tool in our toolbox.”

The engine was purchased through the Assistance to Firefighters Grant Program (AFG) administered by FEMA. This government program helps departments obtain equipment, protective gear, emergency vehicles, training and other resources.

Fire engines typically have about a 10-year lifespan. The current “first out” engine for fire calls is 15 years old and will now be used as a secondary apparatus for the department.

“We were due for a new engine because of the age of our apparatus. The benefit of having the new apparatus with new technology and upgrades is we have equipment we can depend on,” OSFD Captain Brian Ritter said.

The engine was custom built for the department by Fort Garry in Winnipeg, Canada. It was ordered in the early part of 2019 and delivered to Ocean Shores in October 2019.

OSFD hosted a traditional push-in ceremony for the new engine on Saturday, January 18, 2020.

Members of the department and their family participated in dedicating the vehicle to the service of the City of Ocean Shores. 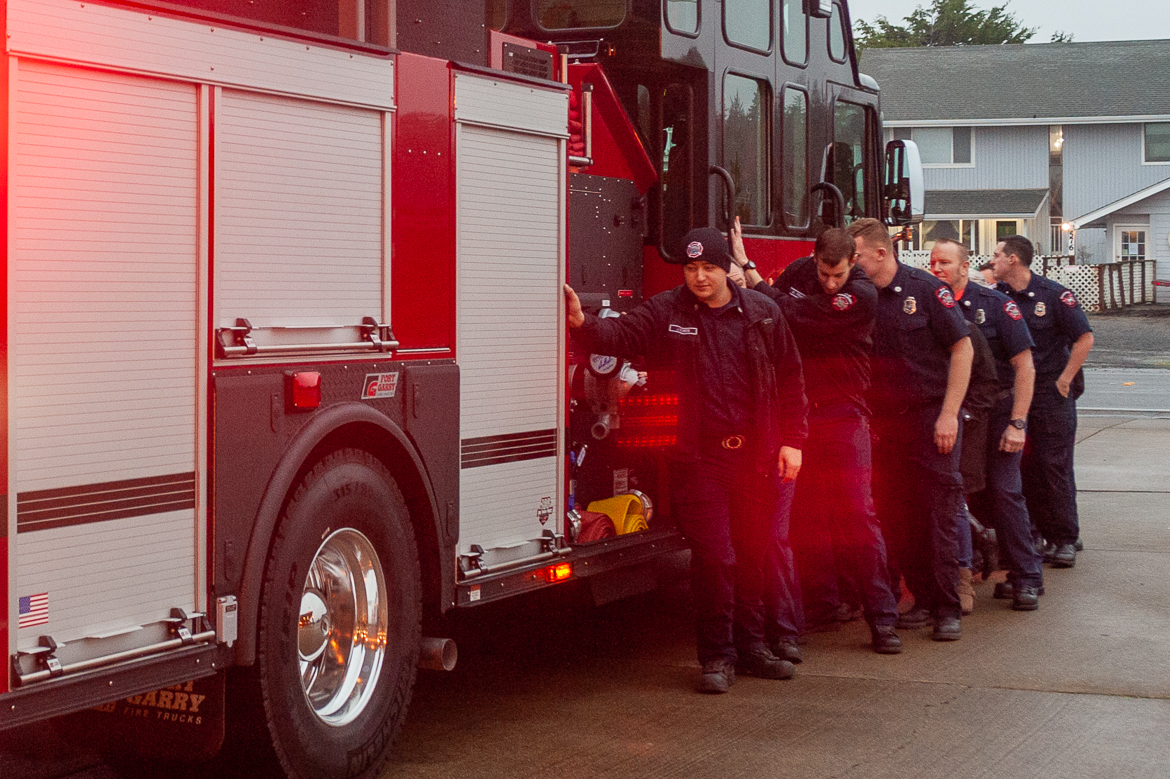 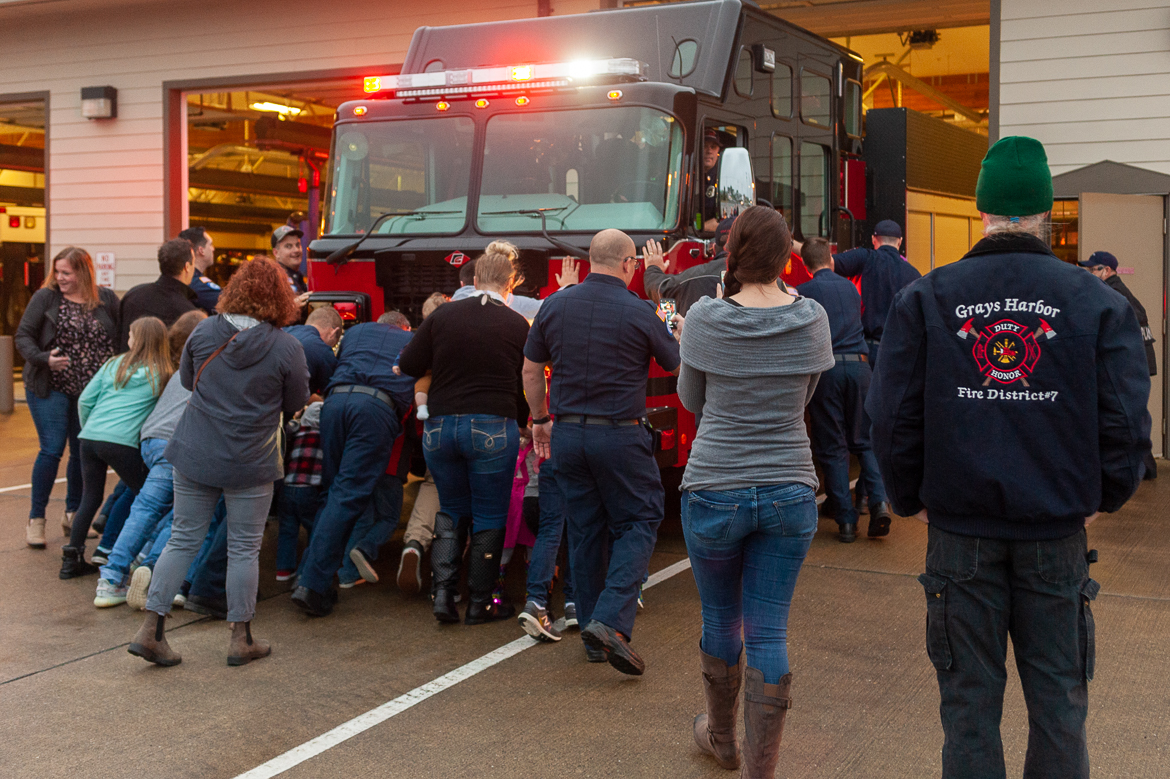 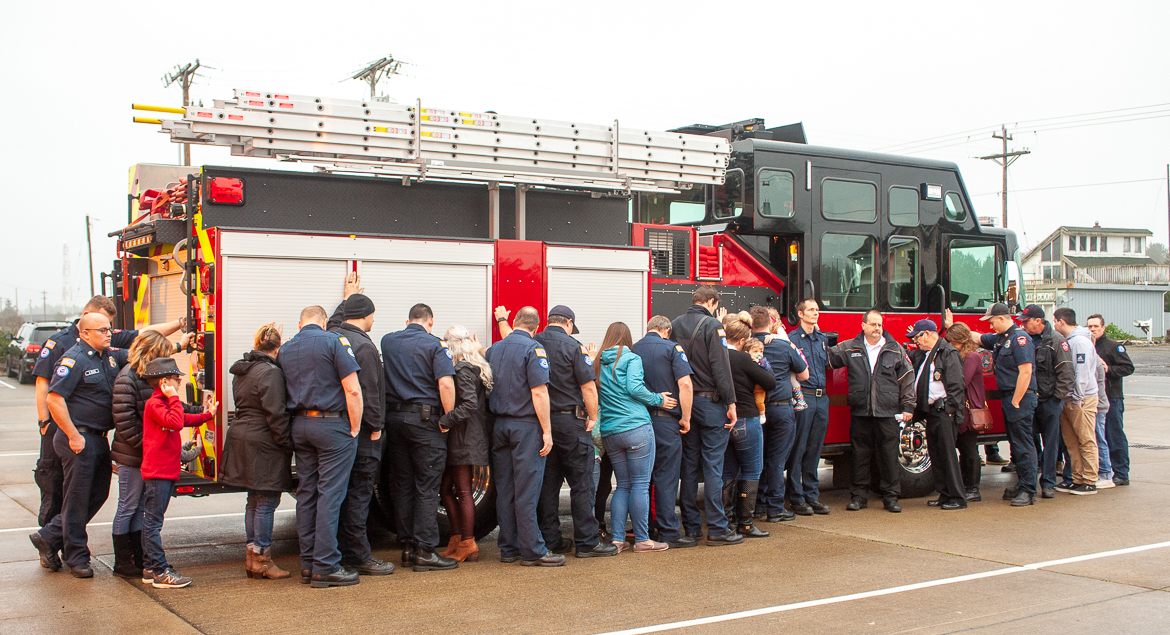 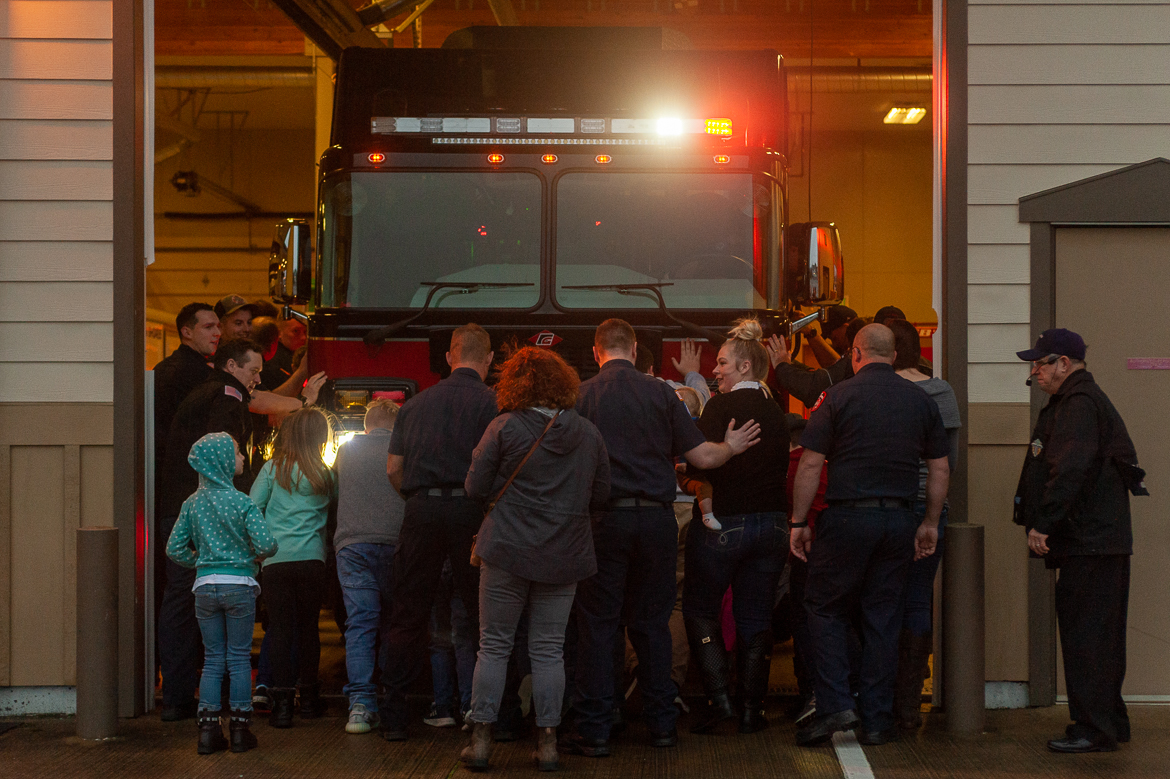