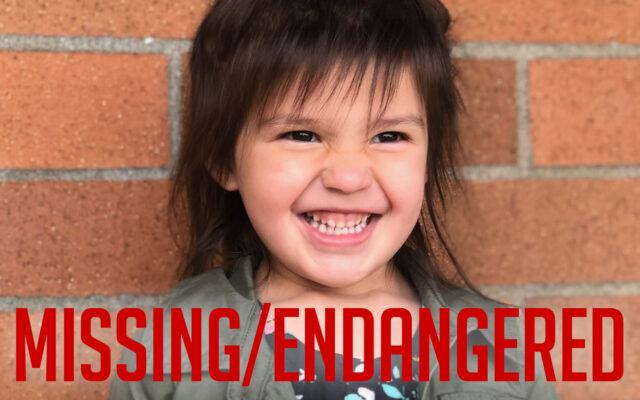 The Grays Harbor County Sheriff’s Office shared an update into the ongoing search for missing/endangered 5-year-old Oakley Carlson of Oakville.

Undersheriff Brad Johansson told KXRO that after an extensive search of the family home and surrounding property for signs of the girl on December 11th, searchers were unable to locate Oakley Carlson.

The search featured assistance from a number of resources, including a large amount of search and rescue groups, search dogs, cadaver dogs and drones equipped with thermal imaging.

Investigators are still actively investigating the disappearance of Oakley.

They would also like to speak with anyone who has had direct contact with her parents Jordan Bowers and Andrew Carlson during that same time period.