The entire state is remaining in Phase 1 of the “Roadmap to Recovery” until February 1 at the earliest.

In the latest Roadmap to Recovery Report from the Washington State Department of Health it shows that none of the state’s eight regions are moving out of Phase 1.

In the West Region (including Grays Harbor, Pacific, Lewis, and Thurston counties) we met only two out of four categories to move forward into Phase 2.

For a trend in 14-day rate of new COVID-19 cases per 100,000 population, our region saw an -8% change since the last half of December and the first half of January. This was the most positive change overall statewide of any region.

In trends of 14-day hospital admissions for COVID-19 compared to population, there as a 14% increase regionally.

The West Region did meet metrics for our average 7-day occupancy of ICU staffed beds, with an 88% occupancy between January 10-16. This meets the metric of less than 90%.

For 7-day percent of positive COVID-19 tests, the West Region also met metrics with a 9% positive rate, less than the 10% needed.

In the January 15 update, no regions moved forward either, and the West Region had met three our of the four metrics.

No region in the state is moving forward on January 25.

Overall the state is meeting three out of four metrics, with a 19% upward trend in new COVID-10 cases being the only overall metric missed.

New data will be released on January 29 for phases to begin on February 1. 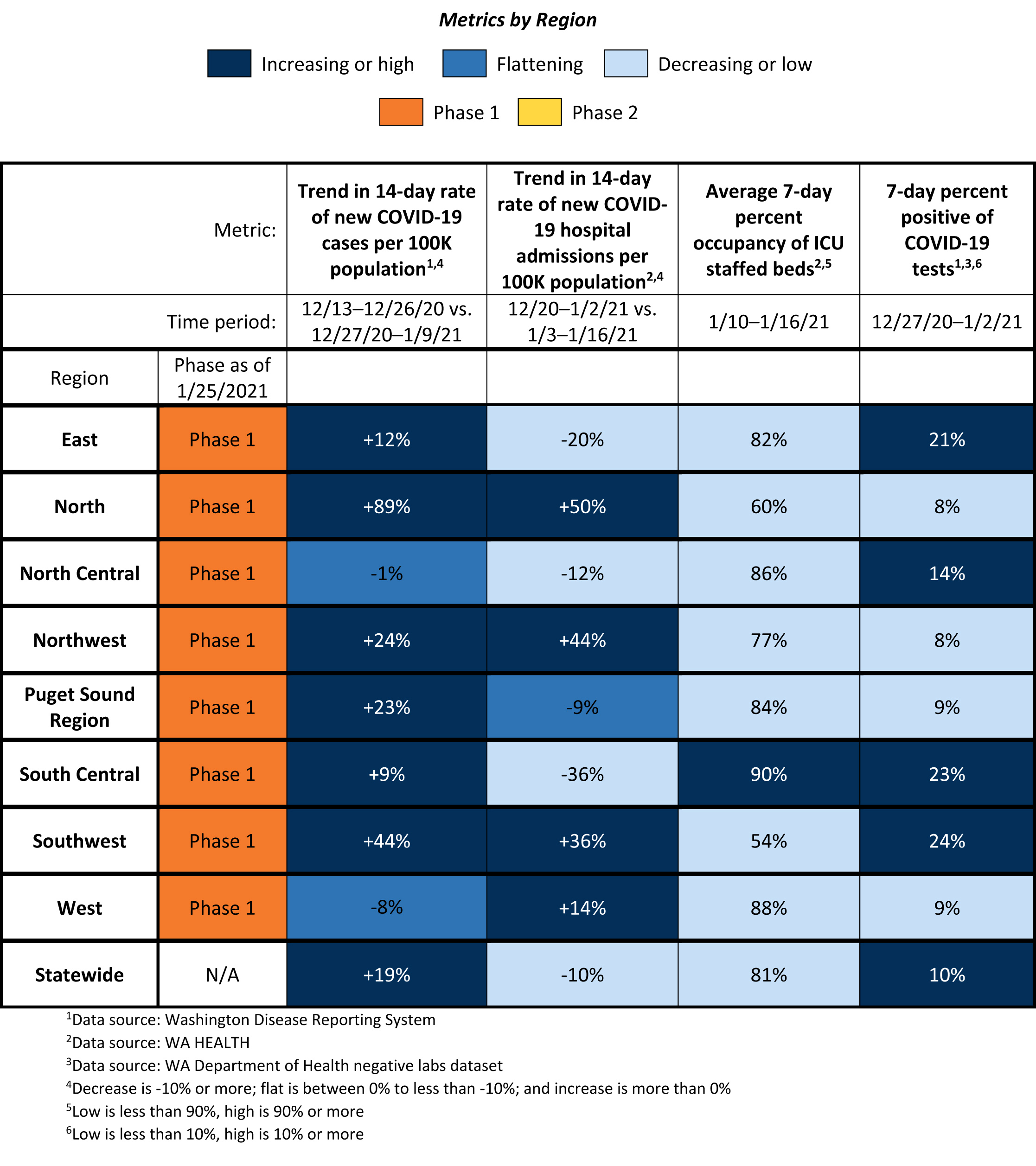