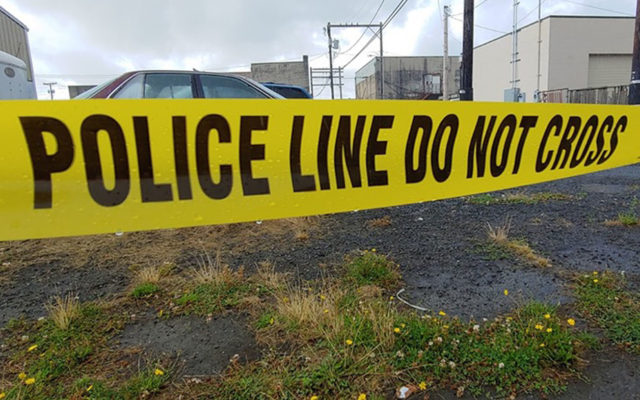 No charges are being filed following the September 9, 2019 officer-involved-shooting in Aberdeen.

Grays Harbor County Prosecuting Attorney Katie Svoboda issued a letter stating that after reviewing the evidence in the case, Aberdeen Police Officer Jesus Martinez-Lopez was within his official duties when he fired his weapon at Kristopher “Pillsy” Fitzpatrick.

Fitzpatrick died as the result of his injuries in the shooting.

“While the actions of Officer Martinez-Lopez led to the death of Fitzpatrick, they were lawful. It is my conclusion that this is a justifiable use of deadly force and the State could not prove otherwise beyond a reasonable doubt.” writes Svoboda.

Svoboda goes on to detail the case evidence in a 10-page report, stating that the investigatory materials submitted in this case were “extremely thorough”.

She states that numerous statements were obtained from both civilian and law enforcement witnesses in addition to “a significant amount of video/audio evidence”.

“It is important to note that the written and verbal statements given by those present are consistent with each other and with the physical evidence found; therefore, I find them credible.” said Svoboda

In her letter, she does state that additional evidence, such as DNA testing and the final autopsy report for Fitzpatrick, are still pending and if necessary her findings will be adjusted.

She adds however, that “the accounts of those present on September 9, the witnesses at the autopsy, and the autopsy photographs provide consistent evidence as to the fatal injuries suffered by Fitzpatrick”.

Details leading up to the officer-involved-shooting were released along with Svoboda’s findings, stating that on September 9, 2019, Fitzpatrick was seen near Broadway and Heron streets by an Aberdeen Police Officer who was aware of a felony warrant out for the man.

When told that he was under arrest for the warrant, it is stated that the suspect said multiple times “I’m not going back to prison.”

The report says that Fitzpatrick ran into traffic and Officer Martinez-Lopez pursued on foot, reportedly seeing him pull “something shiny” out of his pocket and pointed it at the officer. Officer Martinez-Lopez identified the object as a gun and drew his service weapon, giving “numerous” commands to drop the weapon and advising dispatch that the suspect had a weapon.

When Fitzpatrick approached the other officer and refused to drop the weapon, Officer Martinez-Lopez fired multiple times, striking the suspect.

The report states that Jennings Firearms .22 caliber silver-colored pistol was recovered at the scene.

Following tests done at the hospital on September 9, 2019, Svoboda states that Fitzpatrick tested positive for methamphetamine, MDMA (Ecstasy), and Amphetamines.