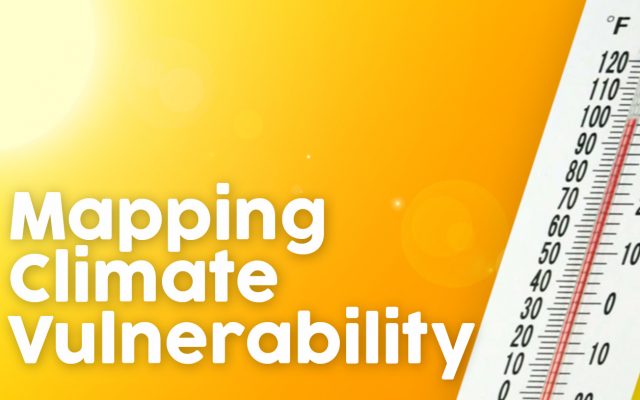 According to a new report, residents of 152 cities and towns in the Pacific Northwest are particularly vulnerable to climate-fueled wildfires. Residents of 60 other communities are most susceptible to floods. And people living in 75 towns are most liable to suffer — maybe even die — because of heat waves.

This includes multiple communities throughout Grays Harbor and Pacific County.

The data is according to a new analysis released this week by news agency InvestigateWest and planning firm Headwaters Economics.

InvestigateWest commissioned Headwaters to produce maps zeroing in on communities whose characteristics leave them most exposed.

The work is part of a yearlong reporting project, Getting to Zero: Decarbonizing Cascadia.

Headwaters drew on data from the U.S. Forest Service, the Federal Emergency Management Agency, the U.S. Census Bureau and a group of federal agencies called the Multi-Resolution Land Characteristics Consortium. (View the maps at http://bit.ly/mappingclimate).

The maps display vulnerability to fire, floods and extreme heat.

The analysis looks at likely climate disasters and examines factors such as the number of people with disabilities, how many live in poverty, the proportion that rents their home and how many of the vulnerable are Black, Indigenous or people of color.

The data highlights where circumstances such as income and race will — without targeted action — place communities at greater risk as climate change advances.

Part of the data drills down to towns where, for example, sparse tree canopies and older residents make communities more susceptible to heat waves than younger populations in leafier places. Even with the local coverage of trees and overcast skies, five local communities are at risk.

Heat Vulnerability saw the most local impact, with Elma, Oakville, Tokeland, South Bend, and Long Beach all highlighted among 75 communities in Washington and Oregon with “above average extreme heat risk, poverty, adults over 65, and people with disabilities”.

For Wildfire Vulnerability, Amanda Park and the Queets region were included in the list of 152 communities that had “above average wildfire risk, poverty, and rental housing”.

Flood Vulnerability included the Aberdeen area among 60 communities listed that have “above average flood risk, poverty, and racial & ethnic diversity”.

Part of the data drills down to towns where, for example, sparse tree canopies and older residents make communities more susceptible to heat waves than younger populations in leafier places. Even with the local coverage of trees and overcast skies, five local communities are at risk.

“You can have neighborhoods right next to one another and one may be twice as bad off during a flood. Not because they’re more flooded. But because their housing is worse,” said Michael Brauer, a professor at the University of British Columbia’s School of Population and Public Health, whose team in August 2020 released a climate vulnerability index looking at how socioeconomic and other factors can affect vulnerability to climate-fueled natural disasters.

According to the study, Washington state agencies have begun to use one of the first statewide systems for mapping environmental inequity,, developed in 2019 by Seattle-based climate justice coalition Front and Centered and the University of Washington.

Washington’s Department of Ecology was an early adopter of the Washington Environmental Health Disparities Map.

The disparities map draws data from eight databases on 19 indicators of community health, including race and ethnicity, poverty, toxic releases from facilities, lead risk from housing, and low birth rate. Weighting algorithms then weave that data into 0 to 10 rankings of overall environmental disparity for each census tract in the state.

Socioeconomic variables are from the 2018 U.S. Census Bureau’s American Community Survey. Variables include the percent of families in poverty; people who are Asian, Black, Hispanic or Latino, and/or Native American; housing units that are rentals; people over the age of 65; and people with disabilities. Average values are for Oregon and Washington combined.

Flood risk is from FEMA and is shown as the percent of land in a community within the 500-year floodplain, which includes all 100-year floodplain areas. Average is for Oregon and Washington combined.

Heat exposure is from the Multi-Resolution Land Characteristics Consortium and it shows area lacking tree canopy based on remotely sensed data from 2016. Average is for Oregon and Washington combined.