13 Aberdeen businesses will receive funding through the second round of Small Business Grants from the city.

Included among them, Aberdeen Office, Harbor Drug, Harbor Blooms, Rediviva, and Waugh’s which will all relieve $10,000 and other businesses which will see lesser amounts.

While they were removed from the first round of funding due to delinquency on local fees, Grand Heron was added into the second round.

To qualify for the funding, the business must be; within city limits, have been in business for one year prior to March 1, 2020, in good financial standing, show they saw a loss of income due to COVID-19, and other requirements.

This is the second round of grant funding.

City officials say they originally allocated $200,000 for the grant program. As of the latest grants, more than $155,000 have been designated. 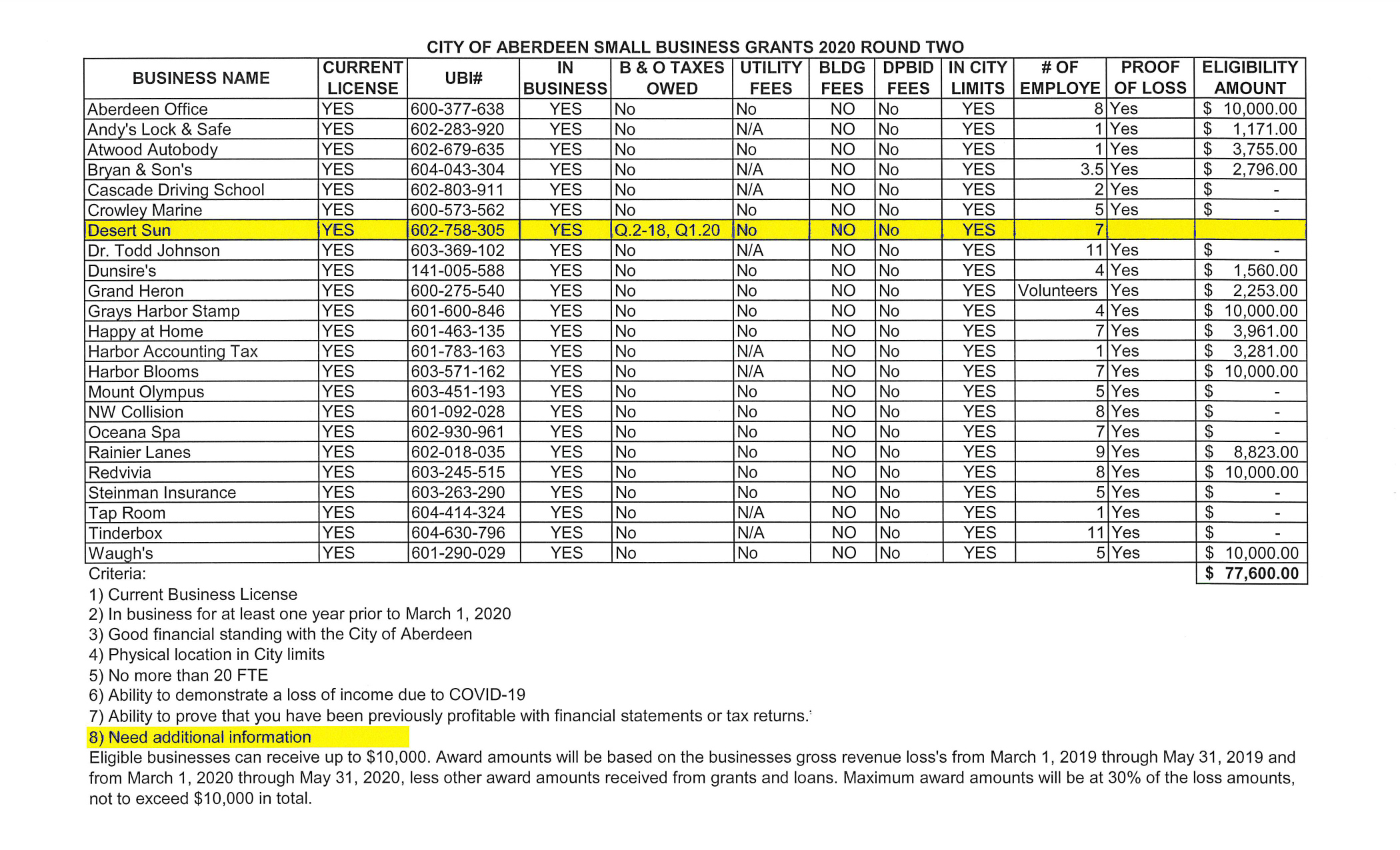