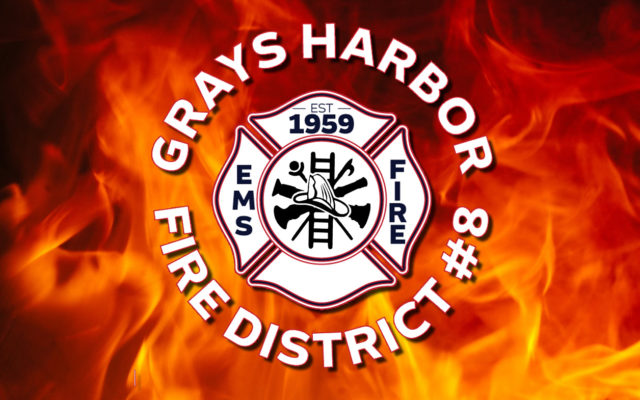 Moclips, WA – Grays Harbor Fire District 8 issued a report following a fire this week that burned at a mill in Moclips.

The fire, off Otis Avenue near the former Moclips-Aloha High School, was originally reported as involving several vehicles with flames threatening structures.

Additional assistance from Fire Districts #7 and #16, as well as the Quinault Fire Department and the Department of Natural Resources were called in as the fire threatened wildlands nearby.

According to the report, approximately 1.5 acres were burned although no significant damage occurred.

“We’d like to thank our neighboring departments for their quick response and remind everyone that we have a potential for this to be a very dangerous fire season. We may not be under a fire ban yet, but the threat is there. Please do not leave your campfires unattended or have them near ANY type of grass or vegetation.”

The cause of the fire is unknown.