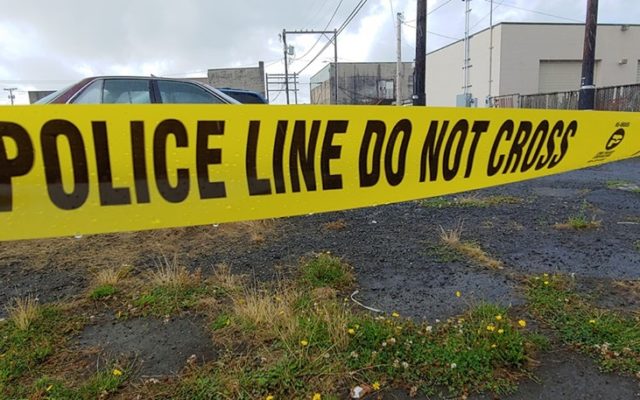 The Grays Harbor County Coroner’s Office has released the name of the man who was shot by an Aberdeen Police Officer on Monday.

An autopsy is scheduled for Thursday to determine cause and manner of death.

Aberdeen Police Chief Steve Shumate tells KXRO that the incident began when a 41-year-old Aberdeen man being sought for multiple felony warrants was seen walking in the area of Broadway and Heron by an officer.

According to the release, when the officer approached the man he told the officer that he “was not going back to prison”. The man then fled toward State Street and a second officer gave chase on foot.

Shumate says that the suspect pulled a gun on the officer, and after refusing to drop the gun was shot multiple times.

The suspect died at the hospital from his injuries.

The man was reportedly a convicted felon with multiple warrants for his arrest. Various warrants were issued on 08/28/2019 for Obstructing Police, Attempting to Elude a Police Vehicle, and Violation of the Uniform Controlled Substance Act – Possession of Methamphetamine.

The Regional Critical Incident Investigation Team (CIIT) with detectives from Grays Harbor, Lewis, Mason and Thurston County Sheriff’s Offices were called in to investigate. They are being assisted by the Washington State Patrol.

The officer has been placed on paid administrative leave pending the Investigation.