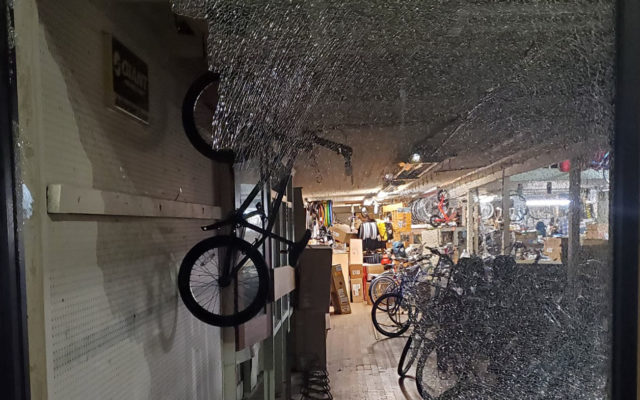 Hoquiam, WA – A man was arrested after a bike shop window was smashed in Hoquiam.

The Hoquiam Police Department says that on Saturday night the owner of La Vogue Bicycle & Apparel reported that a man had just smashed out a large front display window with a skateboard.

According to police, the owner was at the business working late and the suspect hit the window at least twice until it shattered.

The man had reportedly been in the store earlier acting erratically, but had left after asking about a bicycle.

As Hoquiam Police arrived in the area, an officer spotted the 25-year old Hoquiam man nearby.

They say that he was no longer carrying the skateboard, but did match the clothing description and he ran when he saw the patrol car.

Officers detained the suspect after catching him on foot near the Levee Street Boat Launch.

Hoquiam Police say that although he admitted to being at the store, the suspect denied breaking the window.

A skateboard believed to belong to the suspect was recovered discarded in the brush behind the store and pieces of shattered glass were recovered from the suspect’s clothing.

Police say the man will be submitted for felony malicious mischief charges and was booked in the Hoquiam Jail for obstructing a peace officer. 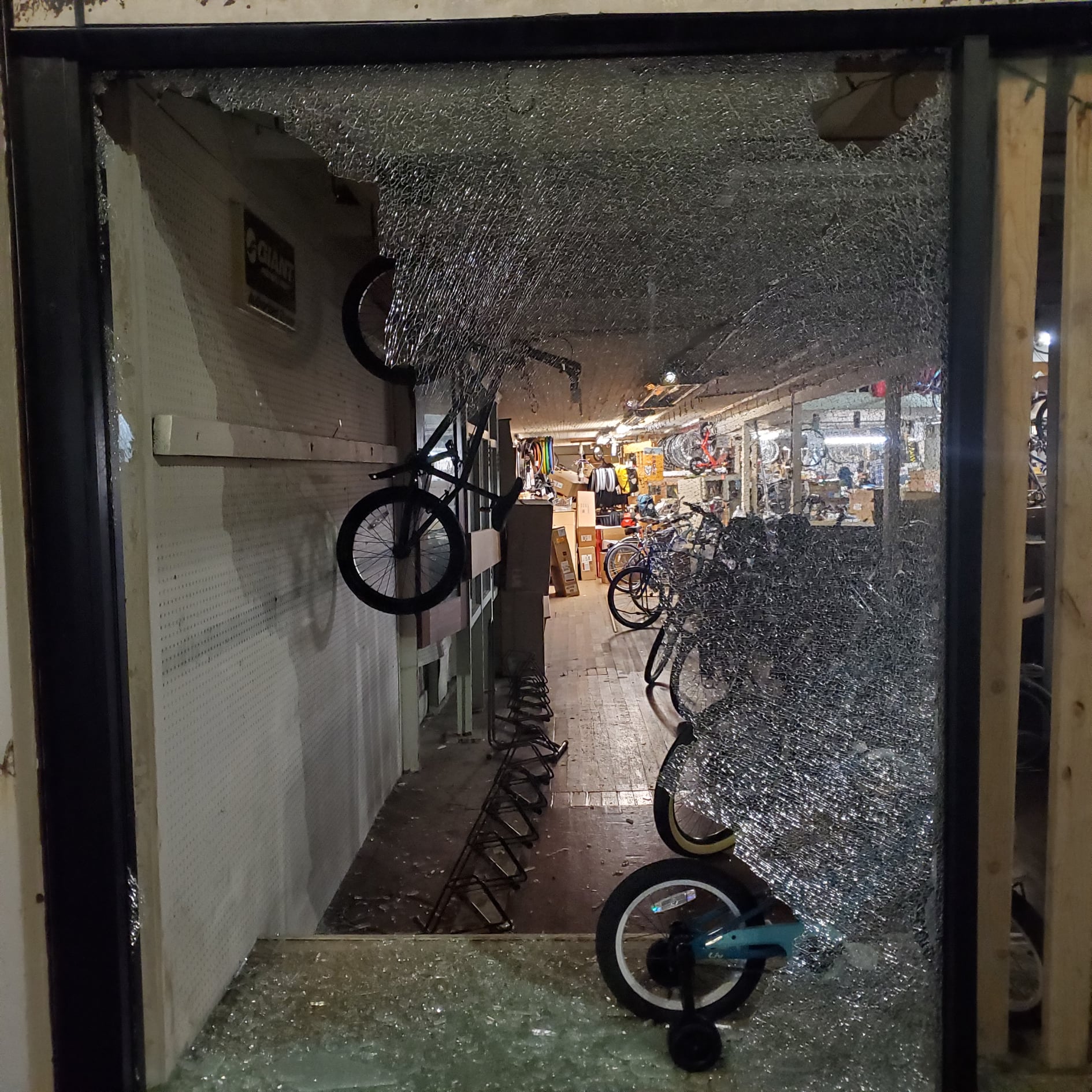