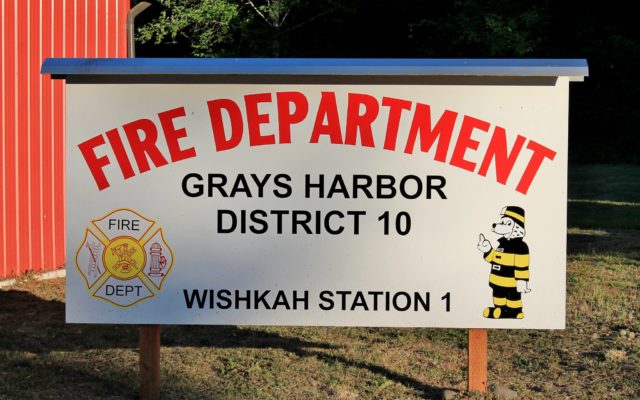 A man got stuck in a tree in the Wishkah Valley, and needed help getting down.

Grays Harbor Fire District #10 issued a release regarding a call on Thursday when they were dispatched to a home sitting a mile outside the Aberdeen city limits.

According to the department, they were called when a 62-year-old father became stuck approximately 30 feet in the air.

The man was reportedly hanging a cable as part of an attempt to remove the tree when his climbing equipment tangled and caused him to get stuck.

A Grays Harbor County Sheriff’s Deputy was first on the scene, and when fire responders and a GHFD #10 fire engine arrived they attempted to reach the man, but were reportedly unable to remove him due to his position within the tree.

The Aberdeen Fire Department was called to assist, and a ladder truck was used to reach and lower the man to the ground.

EMS responders checked the man and found no injuries, but GHFD #10 says that the man was fatigued after spending 45 minutes in the tree.