Man arrested after hit and run with Aberdeen Police 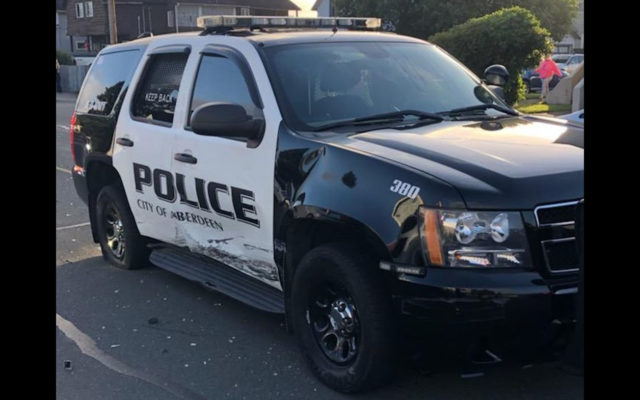 Aberdeen, WA – An Aberdeen man was arrested after crashing into an Aberdeen Police K-9 vehicle and fleeing the scene Sunday night.

The Aberdeen Police Department tells KXRO that just before 8:00 p.m. last night officers were dispatched to the area of the 1500 block N. B St. for a report of reckless driving.

K-9 Officer Chad Pearsall and his partner “Ronin” were driving eastbound on E. First St. heading toward the call when they were broadsided by a white 1990 Honda Accord.

According to police, the Honda failed to stop at the northbound stop sign on N. C St. crashing into the passenger side of the marked patrol vehicle.

Police say the Honda then fled the scene northbound on C St., and turned east into the alley between First and Second Streets, before the 30-year old jumped out and fled the vehicle on foot.

Officer Pearsall deployed his K-9 partner and began a track of the suspect, which led them to a residence in the 800 block of E. First. Street.

A short time later the suspect was taken into custody and booked into the Aberdeen Jail.

Aberdeen Police say Officer Pearsall was taken to Community Hospital for check-up before returning to work a bit sore and K-9 Ronin was not injured during the collision. 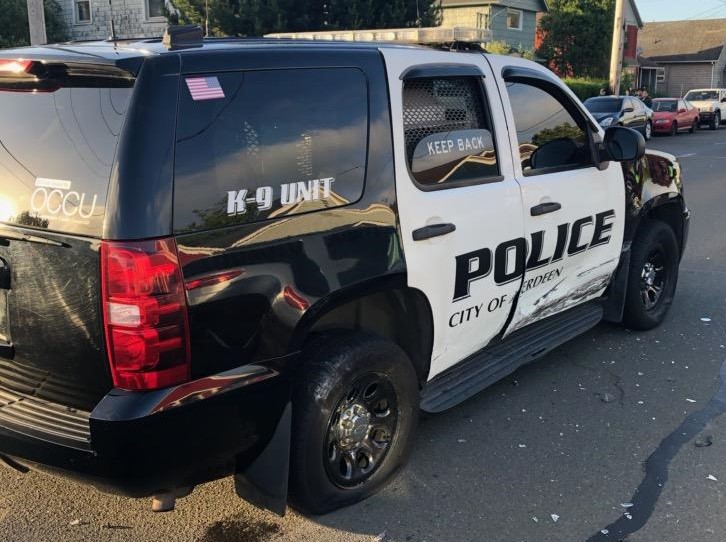 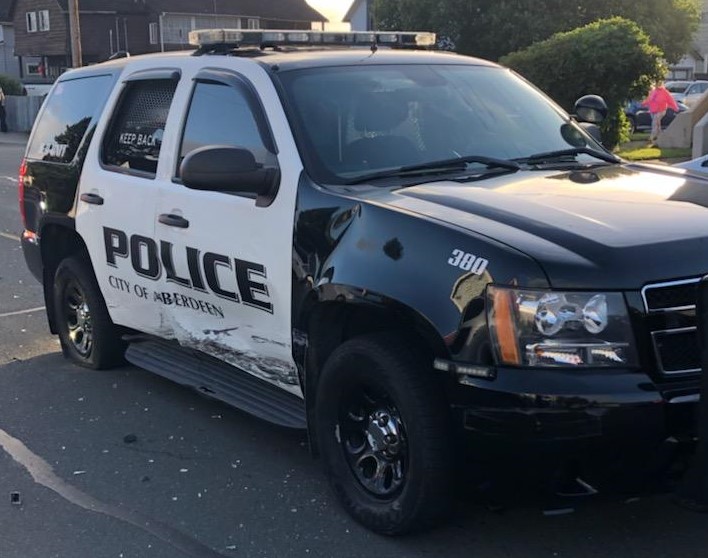