Malone semi vs semi vs residential structures accident has injuries 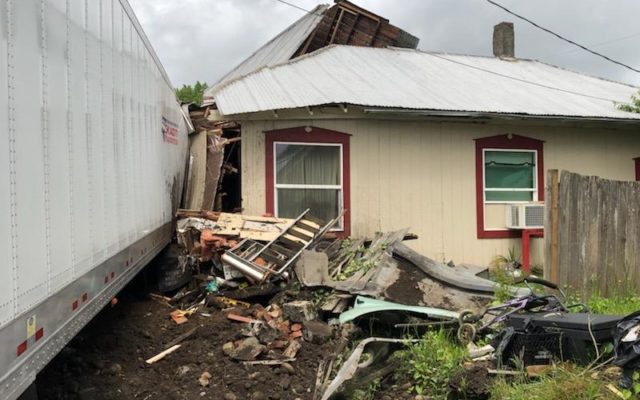 Two truck drivers were injured, but no residents were harmed after a semi drove through a fence, two houses, and a camper. 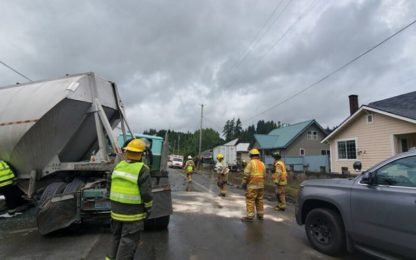 The Washington State Patrol issued their accident report following an incident in Malone that sent a semi truck off the road.

In their report it states that an International semi with 2 tanker trailers driven by a 32-year-old Onalaska man was driving on SR 12 through Malone when it veered into oncoming traffic and struck a Kenworth and trailer driven by a 63-year-old South Prairie driver.

The International jackknifed in the road, blocking all traffic, as the Kenworth went off the roadway and continued through the fence, two houses, and a residential camper trailer. 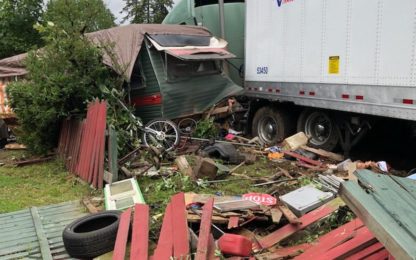 Grays Harbor Fire District 5 reported after the accident that the only injuries were to the two truck drivers and no residents. One driver was taken to Summit Pacific Medical Center while the other was taken to Providence St. Peter Hospital in Olympia.

The cause of the accident is being cited as inattention and the Onalaska man was cited for Negligent Driving 2nd Degree.