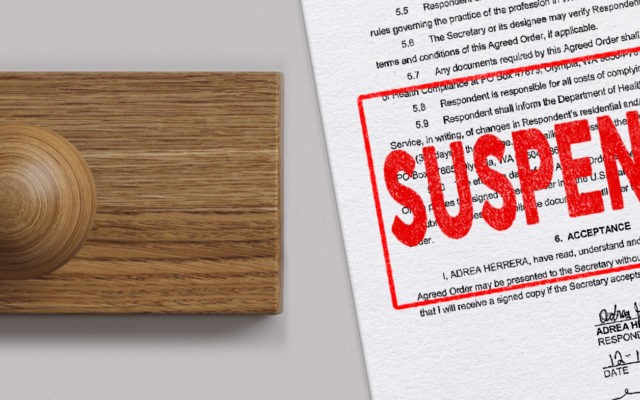 A Grays Harbor nursing assistant has lost her license for at least three years.

In a release from the Department of Health, certified nursing assistant Adrea Herrera and the Nursing Assistant Program entered into an agreement in December that will suspend Herrera’s credential for at least three years.

According to the official Statement of Charges, between November 2017 and January 2018, Herrera stole and used approximately $8,000 of her client’s money and used it for her own benefit.

Herrera was accused of committing unprofessional conduct and violating state laws in June of 2018.

In official documents, Herrera denied taking the money, “but acknowledges that the Program could find those facts should the matter go to hearing”.

Herrera’s license expired as of April 2018, but she was eligible for a late renewal prior to the agreement.

Herrera first received her license as a Certified Nursing Assistant in 2001.

In addition to her license being suspended until December 2021, Herrera must pay a fine, complete six hours of education into “law and ethics” and “theft awareness” in addition to any education needed to reinstate her license, and other requirements.