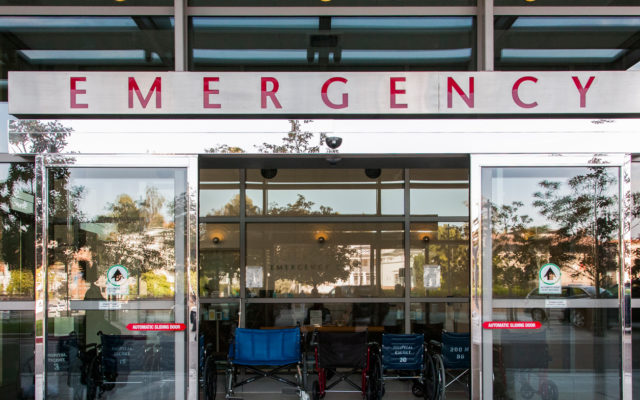 Local hospitals say that proposed legislation  would do more harm than good to facilities on the Olympic Peninsula.

Chris Majors, Director of Marketing and PR for Harbor Regional Health said, “This bill creates a disproportional negative impact to rural hospitals that will result in the loss of services, delayed care, and potentially the deaths of rural Washingtonians. This bill affects Olympic Peninsula residents, but also our millions of visitors who come to enjoy the beaches, forests, mountains, and solitude available in this lush and historical region of Washington that draws tourists from across the globe.”

In their release, they say that the rigid hospital staffing requirements within the legislation being considered by legislators would cause the pandemic delays already seen regionally to become a long-term issue in hospitals across Grays Harbor, Clallam, and Jefferson counties.

The bill states that the COVID-19 public health emergency has pushed the health care system to a breaking point, and concerns over stress level and job turnover have only worsen during the pandemic.

“The legislature finds that improving nurse and health care worker safety and working conditions leads to better patient care. Specifically, establishing minimum nurse-to-patient staffing standards, expanding break and overtime laws for certain health care workers and to more health care facilities, and requiring hospitals to create staffing plans, all of which are subject to enforcement and penalties for violations, will better serve patients and our community.”

The bill would set minimum staffing levels in numerous departments, and the local hospitals say that this would force them to decrease or delay services if they are unable to hire enough nurses to meet the requirements.

The hospitals note a nationwide health care staff shortage, and say that the Washington State Hospital Association estimates a current shortage of more than 6,000 nurses in Washington state. They say that if House Bill 1868 becomes law, an additional 10,000-15,000 nurses would be needed.

“This legislation will make it harder for us to retain our current workforce and does nothing to increase the number of nurses available.” said Tom Jensen, CEO of Harbor Regional Health. “We’ve already closed critical services and had to send ambulances away from our Emergency Department for days during the pandemic due to lack of staffing. We are a rural community hospital competing for staff in a national market. This bill will only make the competition for staff worse in Washington, pulling what staff are available to the wealthier urban hospitals who can afford to pay significantly more.”

The hospitals go on to say that some rural hospital services could be removed if the legislation were to move forward. This includes obstetrics.

“People in our community don’t have the option of going somewhere else for care. If we close services, the next hospital is more than 60 miles away – people will be harmed by this policy” said Kelly Thompson, chief nursing officer at Forks Community Hospital. “This community needs this hospital, we are in an underserved area that includes large Native American tribes, Hispanic, and Guatemalan populations. Under this one-size-fits all approach we all lose.”

They also predict that House Bill 1868 will result in bed closures because they will not be able to hire enough nurses to meet the ratio requirements.

“Lack of emergency beds is made worse by closure of beds in larger hospitals in the Seattle area,” says Vickie Swanson, MSN, BSN, RN, chief nursing officer at Olympic Medical Center. “What we need are more training programs and increase in access to nursing education so we can fill our nursing positions in Washington State, not staffing ratios that only harm access to care and do nothing to bring nurses to the workforce.”

Summit Pacific Medical Center said in the release that they would be forced to close the Emergency Department and inpatient beds if there are no additional nurses available to hire.

“We could be closed to new patients in the Emergency Department almost 50 percent of the time, and our inpatient capacity will also be cut in half.” said Summit Pacific Chief Nursing Officer Teri Bernier “When you start adding up the impacts to hospitals in our region, there are going to be very few options for our communities to access emergency and critical care services. This bill would restrict our ability to take care of our community and that is not going to lead to improved satisfaction for anyone working in health care.”

The hospitals are asking lawmakers to consider alternative solutions that would ensure they are able to recover from the pandemic and continue providing access to health care. They say that investing in nurse education programs would be a better use of legislation.

The letter closes in saying that it takes two to four years to train a nurse and Washington is not currently graduating enough nurses to meet the increased needs included in HB 1868.

“If there are not enough nurses to hire, hospitals will be forced to reduce the number of patients they can care for. At best, this legislation will result in care delays if it becomes law. At worst, services will be eliminated in some areas of the region.”