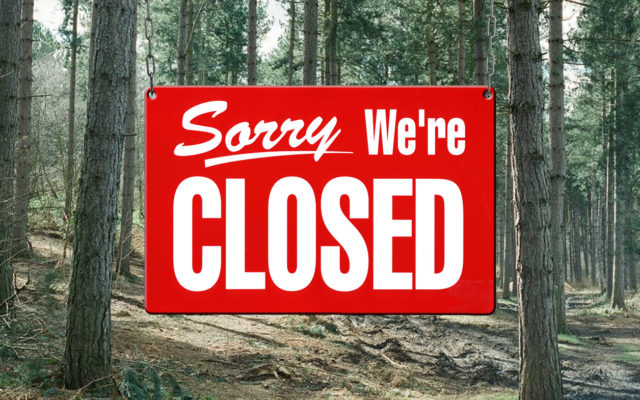 Local forest lands have been closed to public access due to fire danger.

The Montesano City Forest is closed to public entry due to extreme fire danger until further notice.

The campground and lake remain open with no campfires or charcoal allowed.

Rayonier has also closed all access to its forestland properties in California, Oregon, and Washington until further notice.

Rayonier says that closure will remain in effect until significant rainfall occurs or the fire hazard conditions improve.

Port Blakely’s forestlands in Washington and Oregon are also closed to all public access. 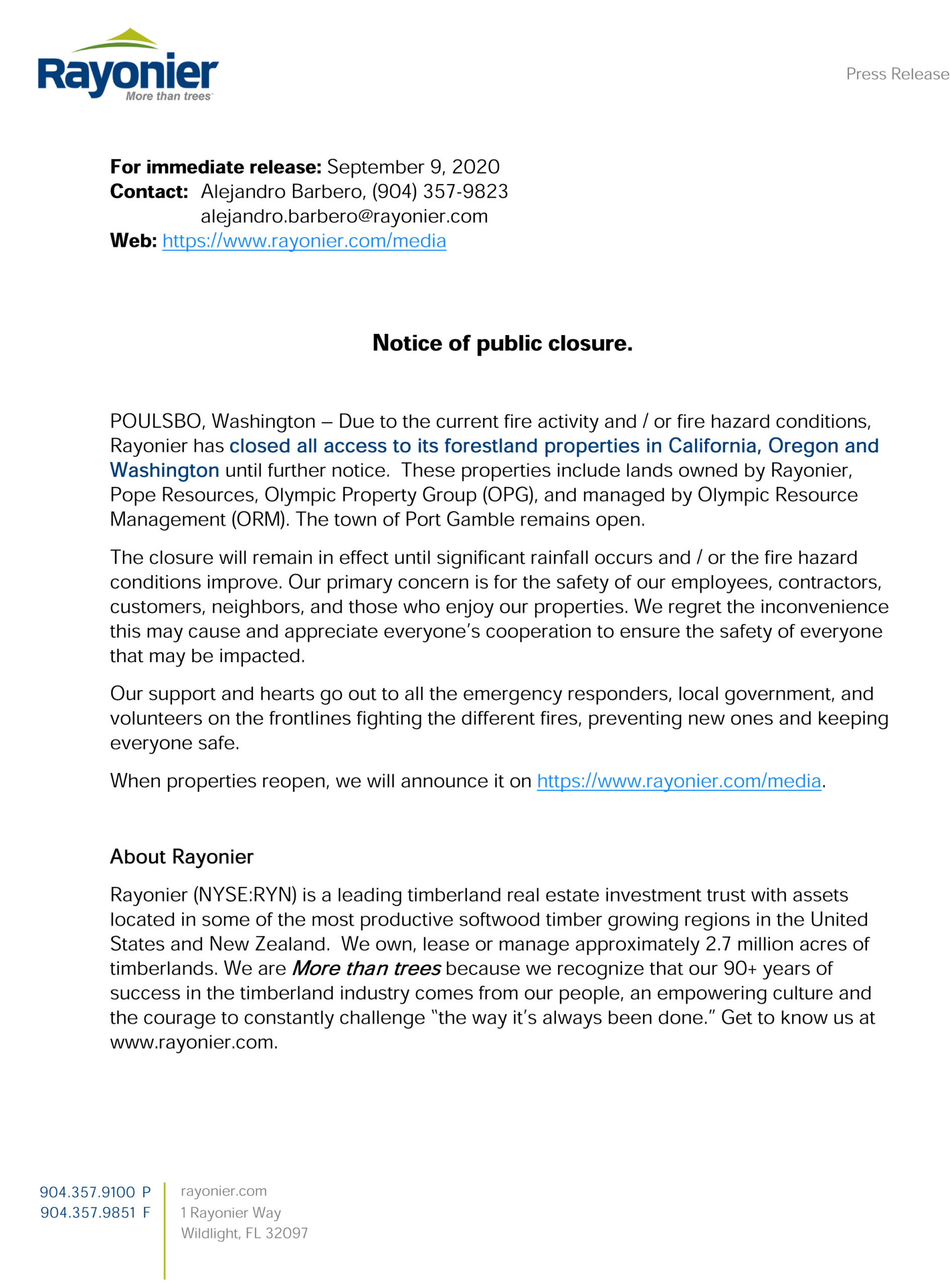