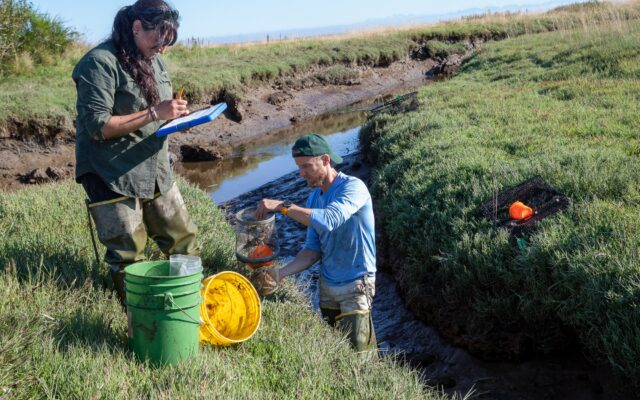 As of this month, over 138,000 European Green Crabs have been captured and removed from Washington waters since the start of the year, according to the Washington Department of Fish & Wildlife.

WDFW no longer includes specific removal data by regions, but the removal process has been ongoing within the coastal area.

In their latest update, the European Green Crab Incident Command says that removal efforts in Grays Harbor and Willapa Bay continue in a collaborative effort between a number of entities.

This latest update also includes a field highlight from Willapa Bay and Grays Harbor, where WDFW is working with local shellfish growers, the Shoalwater Bay Tribe, @waDNR, and others to control and remove European green crabs.#Europeangreencrabs @WAinvasives @nwtreatytribes pic.twitter.com/5TXpXNgCDO

On January 19, 2022, Governor Inslee issued Emergency Proclamation 22-02 which ordered the Washington Department of Fish and Wildlife (WDFW) “to begin implementation of emergency measures as necessary to effect the eradication of or to prevent the permanent establishment and expansion of European green crab.”

This is a statewide proclamation for all marine and estuarine waters of the state that to be effective, will require coordination across state, tribal, and federal jurisdictions.

Allen Pleus, European Green Crab Incident Commander for fish and wildlife, said Washington is still early enough in the phases of invasion that it is possible to make a significant dent in populations.

“We have a really unique opportunity to hit these hard and try to manage them,” Pleus said.

The crabs first arrived on the West Coast in 1998, but initial populations appeared to die out.

Over the past three to four years, the state has seen a resurgence, mostly on the coast.

The Shoalwater Bay Indian Tribe said it is dealing with a large influx of the crabs and will use some federal funding to trap tens of thousands this year.

WDFW said so far, infestations have been detected in Willapa Bay, Grays Harbor, Makah Bay and Lummi Bay; they remain low across other areas of the Strait of Juan de Fuca, San Juan Islands, Bellingham and Padilla bays.

WDFW staff and partners have increased their deployment of resources to both assess and remove the crab from Grays Harbor, including the North Bay area east of Ocean Shores where nearly 600 EGC were removed in late July.

Similar assessments of EGC presence were conducted in the Grays Harbor South Bay and Elk River areas in early August, with more than 600 EGC removed by WDFW and nearly 2,000 removed by Pacific Shellfish.

WDFW tells KXRO that more than 70,000 European green crabs have been removed from bays and estuaries on the Washington Coast by tribes, shellfish growers associations, county organizations, non-governmental partners, WDFW, and other agencies so far in 2022.

In Willapa Bay, the Shoalwater Bay Tribe reports removing more than 20,000 EGC in areas near Tokeland so far in 2022.

The Willapa-Grays Harbor Oyster Growers Association reports capturing Washington Department of Fish and Wildlife 3 and removing more than 25,000 EGC from tidelands on the Long Beach Peninsula so far in 2022.

WDFW has been supporting their efforts with traps, bait, and other equipment.

European green crabs are shore crabs and are found in shallow areas—typically less than 25 feet of water—including estuaries, mudflats, intertidal zones, and beaches. 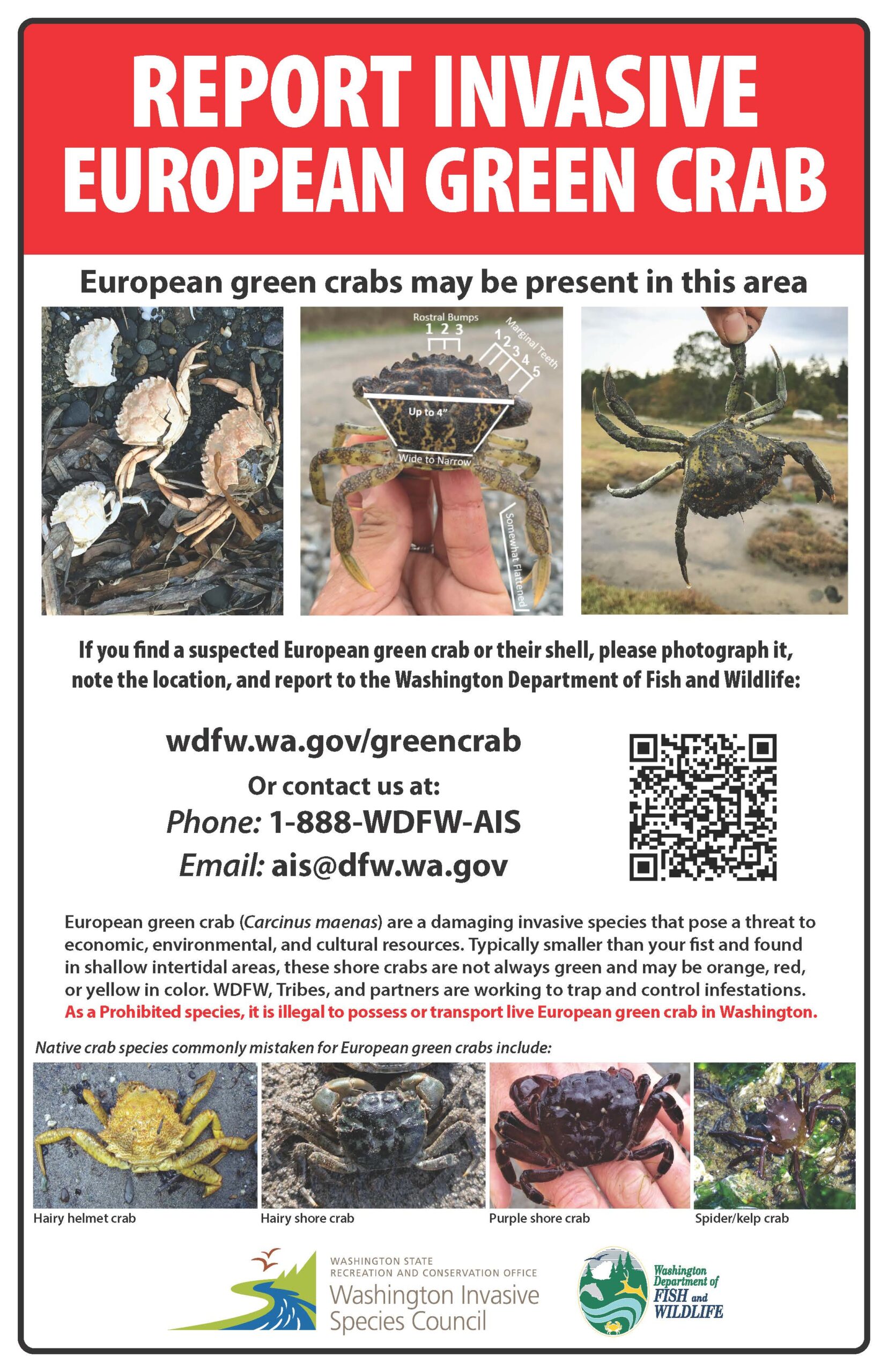 WDFW calls on the public to photograph and report suspected green crabs at: wdfw.wa.gov/greencrab, returning the crab in question unharmed to the water where it was found.

If verified as European green crabs, WDFW will follow up with trapping and monitoring if found in a new area.